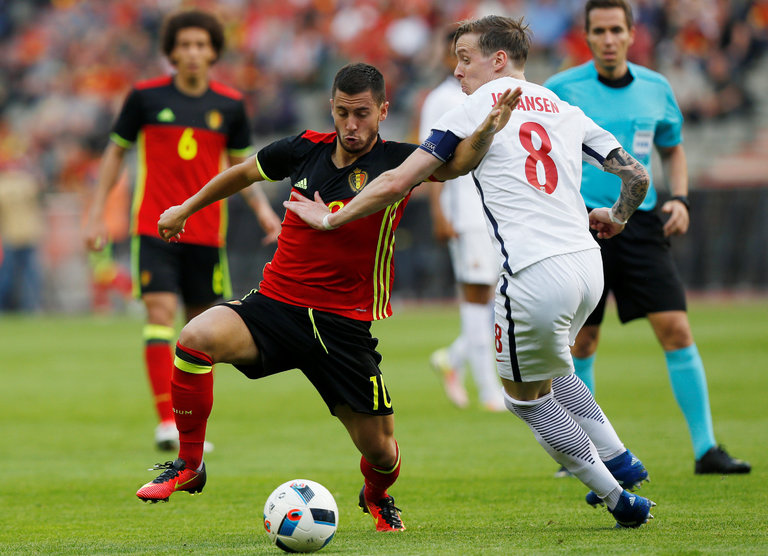 Belgium looks for leadership from Eden Hazard, with the ball, who has had major ups and downs in the past two seasons.

LONDON — If there is a dark horse outside of France, Germany or Spain to win the European Championship, Belgium is fancied to be that outside bet.

But its team is an enigma. According to FIFA rankings, Belgium stands with Argentina as one of the top two teams in the world — which may tell us all we need to know about relating worth to statistics. What has Belgium or Argentina achieved over the last cycle of the World Cup, the European or the South American titles?

And what must Germany or Spain do to achieve recognition for the trophies they won when the tournament pressure was on?

Belgians have for some time referred to their current crop of players as the Golden Generation. There was no shortage of big clubs willing to spend lavishly for creative Belgian stars like Eden Hazard and Kevin De Bruyne, and strikers like Romelu Lukaku, Christian Benteke and Divock Origi, whose combined transfer fees totaled half a billion…