You Are Here: Home → Global Soccer: Both Bayern and Juventus Show Look of a Champion Global Soccer: Both Bayern and Juventus Show Look of a Champion 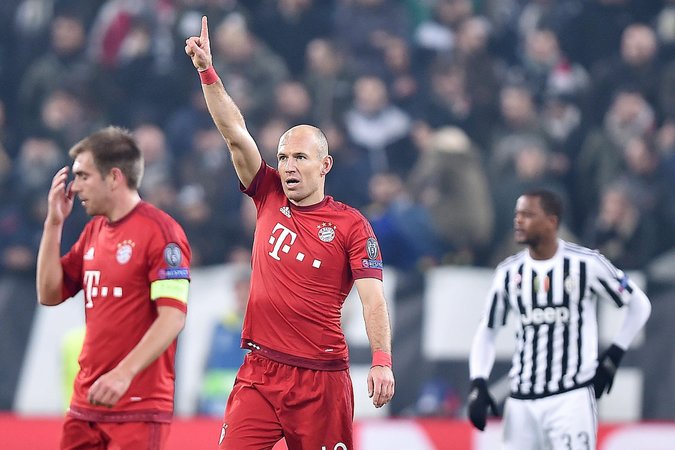 Arjen Robben scored Bayern Munich’s second goal in a 2-2 draw with Juventus in the Champions League.

LONDON — In a quiet corner after a tumultuous game in Italy, Bayern Munich captain Philipp Lahm spoke like a man who has seen it all and won it all.

“The Champions League was the winner tonight,” he said for the benefit of Munich’s supporters back in Bavaria after the match against Juventus. “We can live with a 2-2 draw. We’re in a good position against a very good team, even if we did let then back into it through our own mistakes.”

How we must envy those who can play to such a high level and intensity and then find the words to articulate the situation so calmly.

Lahm could do this because he has the knowledge. Before retiring from international duty, he played 113 games for Germany, culminating in a World Cup victory in 2014. On Tuesday, in his 100th game in the Champions League, he was a…