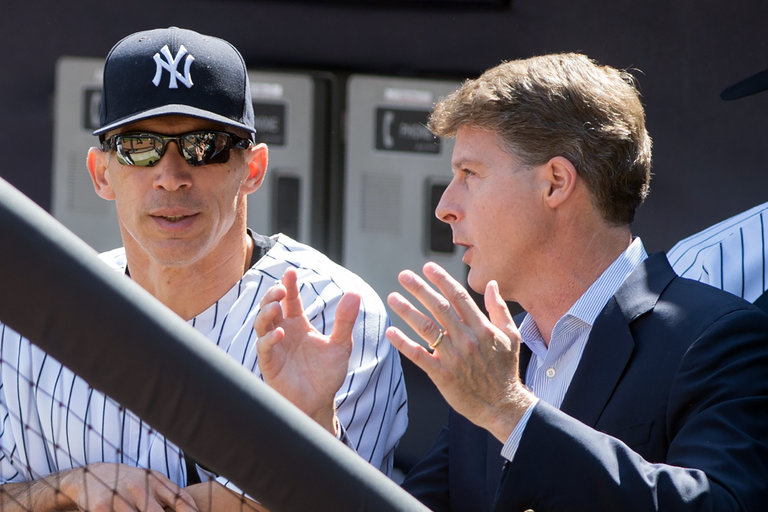 Hal Steinbrenner, the Yankees’ managing general partner, right, with manager Joe Girardi at a game in September at Yankee Stadium.

TAMPA, Fla. — Hal Steinbrenner, the Yankees’ managing general partner, praised the work of Joe Girardi on Wednesday, but he said that any talk of a new contract for his manager — whose four-year, $16 million contract expires this year — would not take place until the end of the season.

“We love Joe,” said Steinbrenner, who spoke to a group of reporters outside the Yankees’ clubhouse after meeting with Girardi on Wednesday afternoon. “Look, Joe is one of many people in this organization that have contracts, and I treat them all the same. We just have too many other things to focus on. He knows that.”

Steinbrenner added, “I’m sure we’ll be talking maybe toward the end of the year, but right now, there’s a lot more things to be worried about.”

The Yankees have on occasion offered contract extensions to players — to C. C. Sabathia just before he could have opted out in…