You Are Here: Home → Houston’s Coach Pecks Away at Football’s Macho Culture, a Kiss at a Time 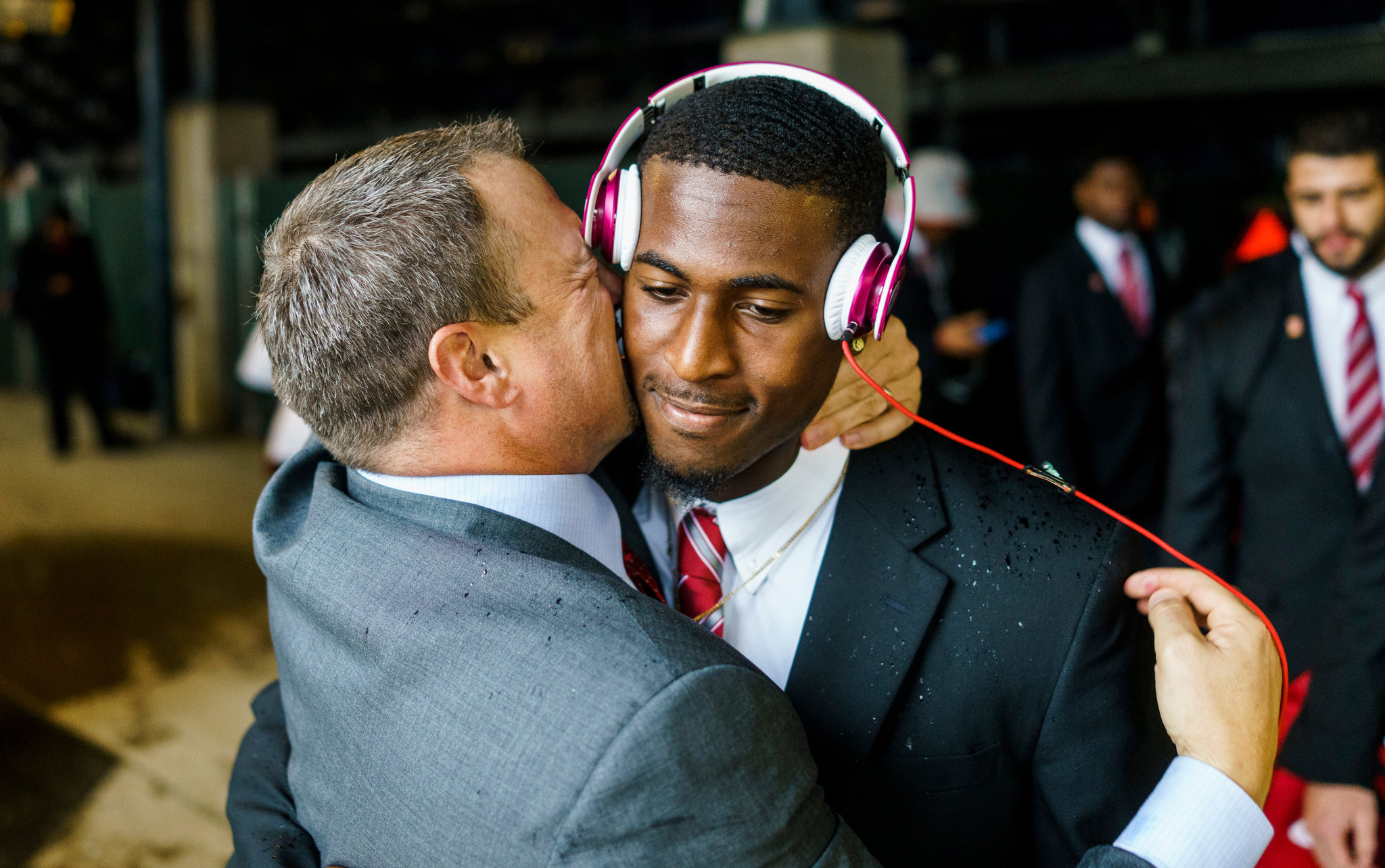 Houston’s Coach Pecks Away at Football’s Macho Culture, a Kiss at a Time 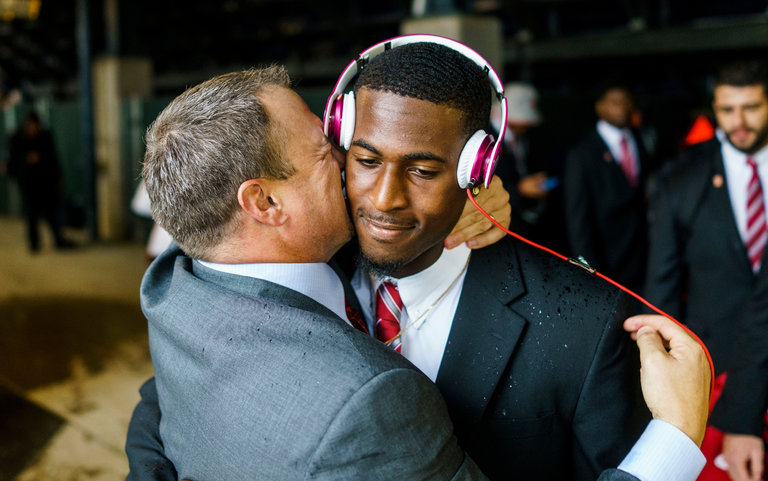 Houston Coach Tom Herman kissing wide receiver Isaiah Johnson before a game. Any player who scores a touchdown must hug an offensive lineman.

ANNAPOLIS, Md. — When the University of Houston’s football players arrive for a game, they know what to expect as a prelude to the coming hours of brutality as they file into the stadium: a kiss on the cheek from their head coach, Tom Herman.

It is an unusual ritual in a sport that embodies America’s most rigid ideals of manhood.

“A kiss on the cheek is when he shows his love for us,” Houston safety Garrett Davis said, adding, “No one here is thinking, ‘Oh, I shouldn’t let him kiss me.’”

Physical expressions of affection certainly exist in big-time sports. Nothing says “Good job!” in baseball like a firm pat on the behind from a coach, and in international soccer it is not uncommon to see teammates peck each other on the cheek after a big play.

But kisses in football’s gladiatorial culture seem as incongruous as a Gatorade shower at the ballet.