You Are Here: Home → How the Eagles Beat the Vikings in the N.F.C. Championship Game 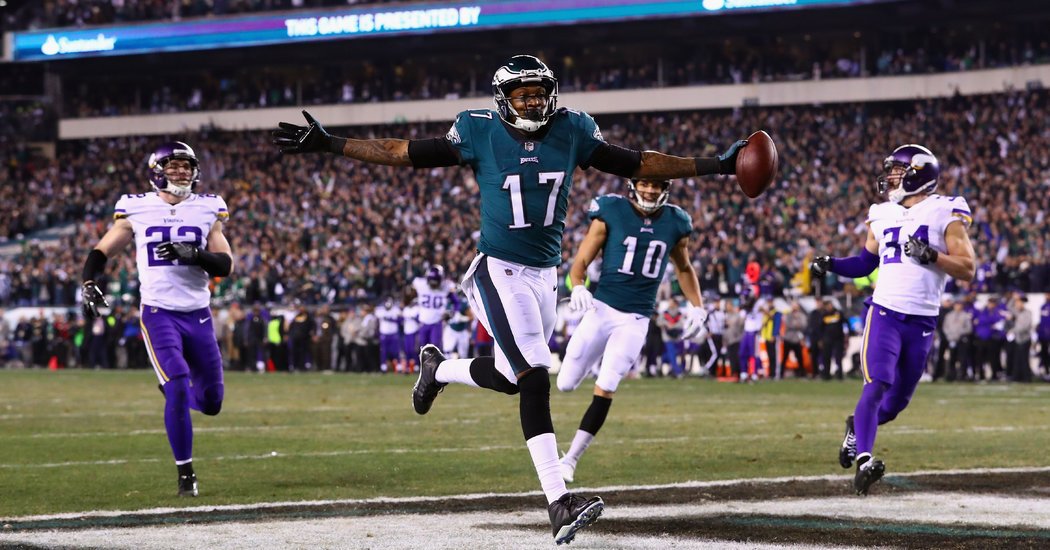 How the Eagles Beat the Vikings in the N.F.C. Championship Game

The Vikings scored on their opening drive, undoubtedly allowing fans to dream of the possibility of Minnesota being the first team to play a Super Bowl at home, but a pick-six by Case Keenum on the Vikings’ second offensive possession set the tone for how the game would play out.

Keenum, who has a tenuous hold at best on the starting quarterback position in Minnesota, completed 28 of 48 passes for 271 yards and one touchdown, with much of that yardage coming once the game was well out of hand. He also accounted for all three of his team’s turnovers by way of two interceptions and a fumble on a strip-sack.

Philadelphia has taken great pride in being underdogs in both of their playoff games despite being the top-seeded team in the N.F.C., and they are sure to continue that trend when facing Brady and the Patriots.

Chris Long, who had a fantastic day for Philadelphia’s defense, recovering a fumble and helping force an interception, looked remarkably calm on the stage receiving the N.F.C. championship trophy with his coaches and teammates.“We’re not surprised at all,” he said. “They went up seven early and a lot of teams would have folded their tents. Not us. We…