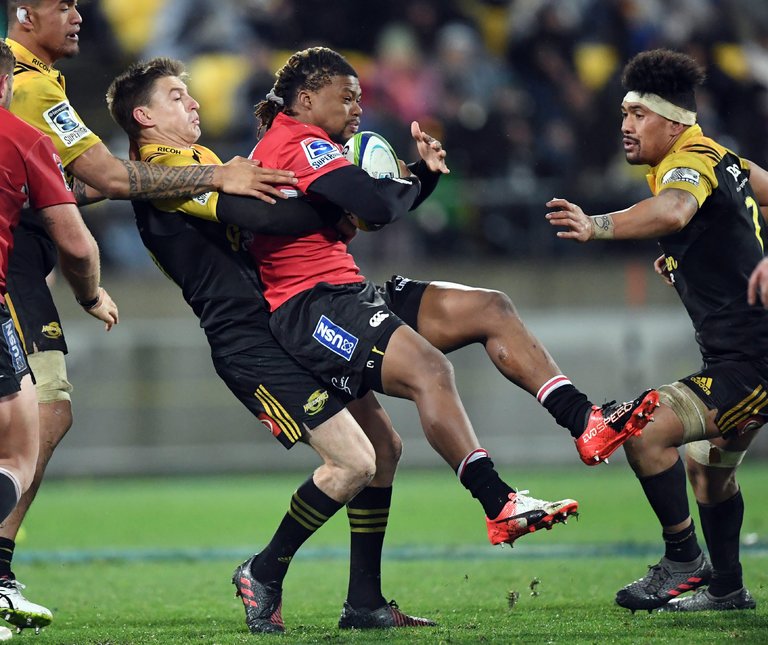 WELLINGTON, New Zealand — Defense wins championships, so the saying goes, and the Hurricanes proved that when they were crowned Super Rugby champions for the first time.

For the third game in a row, the Hurricanes kept the opposition from scoring a try — this time the Lions from South Africa — and ended their season without conceding a try over their last five hours of play. That remarkable statistic epitomized the team-first approach the team has embraced all season.

Flyhalf Beauden Barrett, who scored a try and kicked 10 points for the Hurricanes in a 20-3 victory Saturday night at home at Westpac Stadium in Wellington, said the impenetrable and bruising defense was based on “working hard for each other and being where your mate needs you to be.”

Hurricanes players said they were inspired by Jerry Collins, a much-loved former Hurricane who was known for his hard-hitting tackles. Collins died in a car…