You Are Here: Home → Jared Goff and the Rams Are a Thursday Night Surprise Jared Goff and the Rams Are a Thursday Night Surprise 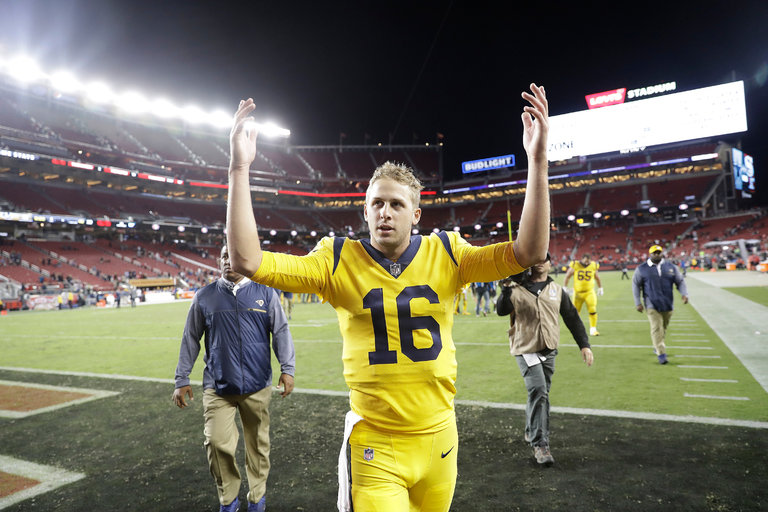 Jared Goff threw for 292 yards and three touchdowns without an interception in a 41-39 win.

Expectations were rock bottom for a Thursday night game between the Rams and the 49ers. But the game turned out to be an entertaining shootout, and maybe a breakout performance by Jared Goff.

Goff was the No. 1 overall pick in last year’s draft by the Rams. He started seven games, losing them all, and averaged only 156 yards a game, 39th among quarterbacks. In contrast, the No. 2 pick in the draft, Carson Wentz, was a respectable 7-9 and averaged 23 for the Eagles.

Wentz is still playing well, but now so is Goff. He and the Rams are off to a 2-1 start, he is averaging 272 yards a game, and his adjusted-yards-per-attempt figure is a dazzling 10.77, trailing only Alex Smith among quarterbacks with two or more starts.

On Thursday he outdueled, er, Brian Hoyer, throwing for 292 yards and three touchdowns without an interception in a 41-39 win. His passing line was an eye-opening 22-for-28. He was helped by some fine catches by Robert Woods…