You Are Here: Home → Jay Bruce Limps Off as Cardinals Clobber the Mets Jay Bruce Limps Off as Cardinals Clobber the Mets 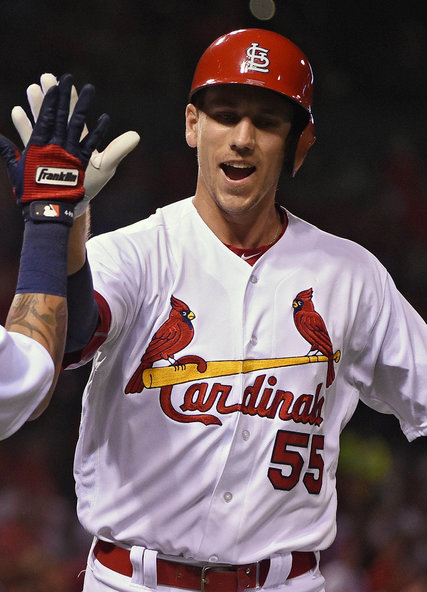 Stephen Piscotty after hitting a two-run homer off Mets starter Jacob deGrom in the fifth inning.

Stop us if this sounds familiar: A Mets player did something during a game to hurt himself and had to depart the contest early. In this case, during a routine double to left field in the second inning, Jay Bruce grimaced as he ran out of the batter’s box in Wednesday’s 8-1 loss to the St. Louis Cardinals.

Bruce left the game with a cramp in his right calf, only a minor injury. But the Mets have been juggling injuries all season. Just as their lineup’s health improved with the return of Yoenis Cespedes and Asdrubal Cabrera, their starting rotation took a turn for the worse with injuries to Steven Matz and, now, the replacement Jon Niese.

At a time when the Mets needed Jacob deGrom to bounce back from his career-worst start, he lasted only four and two-thirds innings. DeGrom was charged with five runs on 12 hits. His pitches caught too much of the plate, and the Cardinals made him pay.