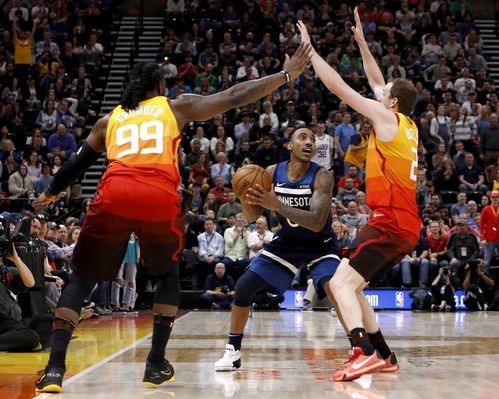 SALT LAKE CITY (AP) — In a game peppered with heated emotions and hard fouls, Rudy Gobert turned in one his finest performances of the season.

Gobert scored a season-high 26 points, grabbed 16 rebounds and blocked four shots to help the Utah Jazz beat the Minnesota Timberwolves 116-108 on Friday night in a game that featured three ejections.

His dominance around the basket spread throughout the team. Utah finished with a 46-27 advantage on the glass. The Jazz also outscored the Timberwolves 19-0 in second-chance points and held them to a season-low two offensive rebounds.

Gobert, who returned from injury in mid-January, is averaging 14.6 points, 10.7 rebounds and 2.4 blocks over his last 18 games. He was aggressive Friday from the opening tip.

“The mindset he had was the reason that he had so much success on both ends of the floor,” Jazz…