You Are Here: Home → Jimmy Walker Holds Off Challengers, for Now, at P.G.A. Championship Jimmy Walker Holds Off Challengers, for Now, at P.G.A. Championship 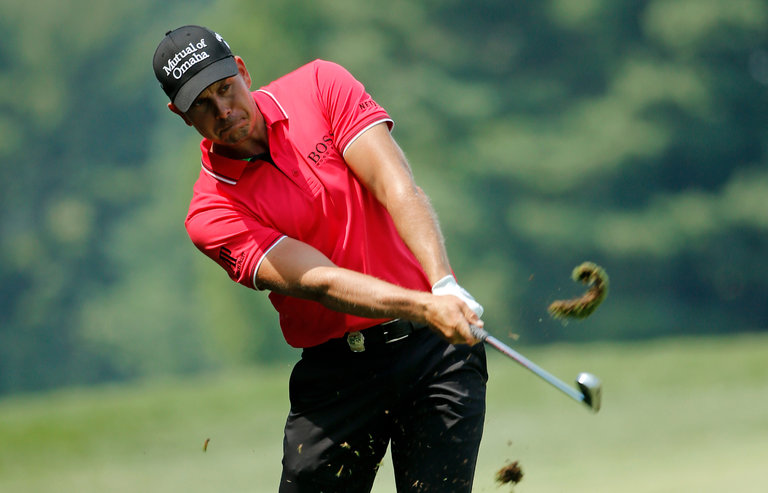 Henrik Stenson on the 17th hole of Round 2 in the P.G.A. Championship. He finished the round with his second consecutive three-under 67.

SPRINGFIELD, N.J. — The stars came out at the P.G.A. Championship on Friday, as Jordan Spieth, Henrik Stenson and Jason Day made runs up the leaderboard.

But the first-round leader, Jimmy Walker, is still clinging to the top spot. After a second-round 66, Walker owned the clubhouse lead at nine under par, two shots ahead of Emiliano Grillo.

Stenson, the winner of the British Open just two weeks ago, remained hot despite the whirlwind that typically arrives after winning a first major championship. With consecutive 67s, Stenson was at six under par.

Starting on the back nine Friday, Stenson bogeyed the 12th and 13th holes, but he eagled the 18th after hitting his second shot from 260 yards to within three feet of the cup. He tapped in for the easy three, and his round was off and running.

Playing the front nine from there, Stenson birdied the first, third and eighth holes to take the lead from Walker.