You Are Here: Home → Justin Rose, Who Is Going to Rio, on Those Who Aren’t Justin Rose, Who Is Going to Rio, on Those Who Aren’t 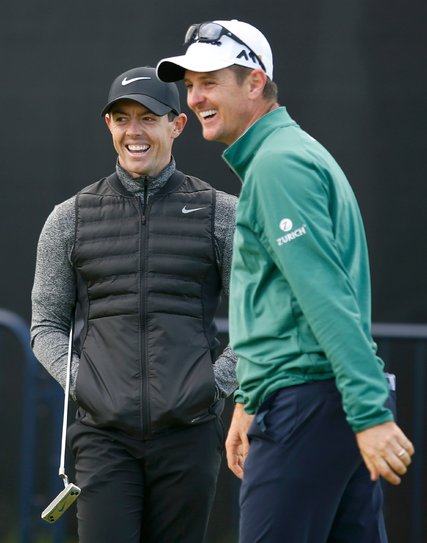 Rory McIlroy, left, with Justin Rose after a practice round on Wednesday at Royal Troon in Scotland.

TROON, Scotland — The recent withdrawals by several top players from the 2016 Rio Olympics golf competition continued to be a frequent topic of conversation Wednesday on the eve of the 2016 British Open. Even the players who have committed to playing in the Rio Games were forced to comment on those who have declined to go, a group that now includes the top four golfers in the world: Jason Day, Dustin Johnson, Jordan Spieth and Rory McIlroy.

“It’s obviously disappointing, of course it is,” said Justin Rose, who will be competing at the Olympics for Britain’s team. “There’s no point lying about that. But I totally respect and understand their perspective and their decision, and it obviously comes down to personal reasons and that you have to respect.

“But I’ve been fairly unwavering in my commitment to it, and haven’t really second-guessed it too much.”