Higuaín had not scored against Barcelona in the round of 16, leading some to question his transfer from Napoli — the deal an Italian record at roughly $98 million. After his first goal, he bounded over the advertisements lining the field to emphatically milk the applause from the traveling fans.

Higuaín got his second goal in the 59th minute, sliding in to turn home a deep cross from the irrepressible Alves. 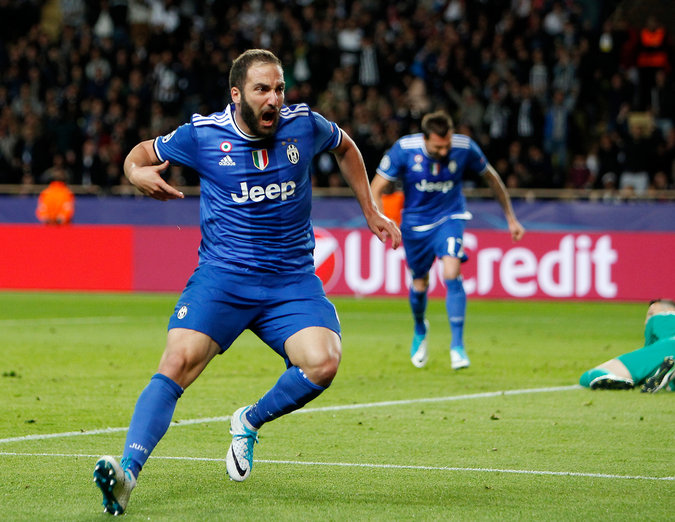 Gonzalo Higuaín after one of his two goals. He had scored only twice in 24 games in the knockout stages of the competition.

Entering the game, Higuaín had scored only two goals in 24 games in the knockout stages of the competition — a poor return for a usually prolific striker.

“Goals were not coming for me in this competition,” Higuaín said. “I knew I just had to stay calm and keep working…