But a few hours after making those comments, Buffon and his Juventus teammates watched Tuesday’s incredible turnaround victory in Rome, where Roma thumped Barcelona by 3-0 to earn its place in the semifinals, after having lost 4-1 in Barcelona a week earlier. 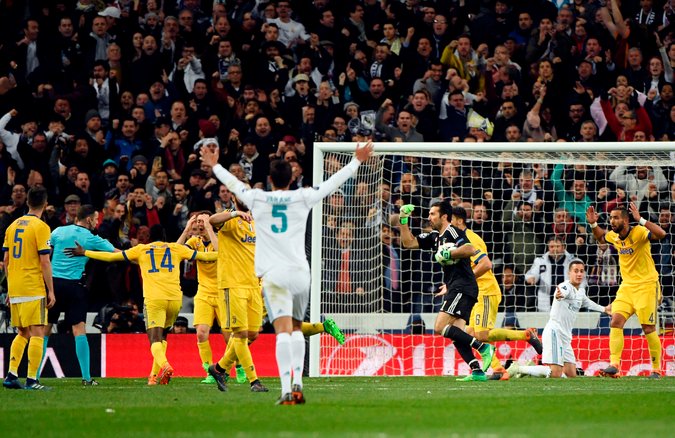 A late penalty call was cause for celebration by Real Madrid but left Juventus in disbelief.

With that, Juventus started Wednesday’s game with the clear belief that they could emulate the performance of the Romans, even without their suspended Argentine striker, Paulo Dybala.

After just over one minute, Sami Khedira, the former Madrid midfielder, carved open the Spanish defense with a cross for the unmarked Mario Mandzukic, who planted a firm header past Keylor Navas. Six minutes later, the Madrid crowd was once more silenced by another misunderstanding between Madrid’s central defenders. This time, Douglas Costa pounced on a clear mistake by Raphael Varane and his effort was pushed back by Navas into the feet of Gonzalo Higuaín. But the…