“We haven’t played well enough to consider this win streak to be valid, in my opinion,” Stevens told reporters before the team’s victory over the Atlanta Hawks on Saturday. “We’ve figured out ways to win games. We’ve got to play a lot better.” 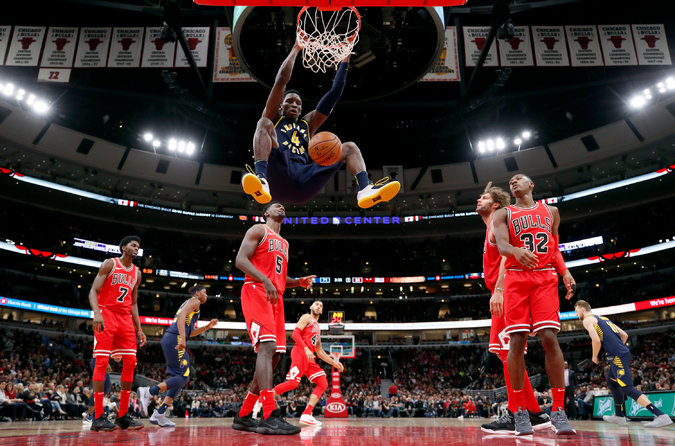 Victor Oladipo and the Indiana Pacers present one of the biggest challenges to the Celtics’ winning streak.

The numbers, however, indicate that Stevens may not be giving his team enough credit. Boston’s scoring differential, when worked into the concept of Pythagorean standings (a formula that calculates expected winning percentage using points scored and allowed), suggests they should have expected to go 14-4 so far — not far from their actual record, 16-2.

The Celtics have succeeded by slowing the game down. An offense led by Al Horford, Jaylen Brown and Irving is in the bottom half of the league, with 103.1 points per 100 possessions, but that is more than enough when the team has locked down opponents to the tune of 95.8 points allowed per 100 possessions, which leads the…