You Are Here: Home → Keeping Score: Golden State Gets a Boost From an Unlikely Source: JaVale McGee Keeping Score: Golden State Gets a Boost From an Unlikely Source: JaVale McGee 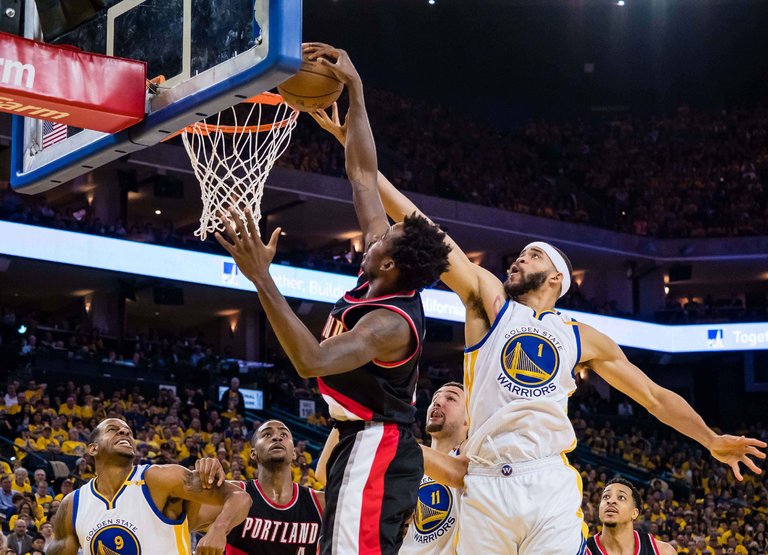 Golden State’s JaVale McGee defending the shot by Portland’s Evan Turner during Game 2 of the playoffs on Wednesday.

Earlier this season, as the Golden State Warriors adjusted to life with Kevin Durant, a narrative emerged that would prove hard to shake. The offense was firing on all cylinders, but the sacrifices required to sign Durant left what was perceived as a glaring flaw: There was no rim protector to keep opposing teams honest.

The Portland Trail Blazers — a team that has recently become intimately familiar with JaVale McGee’s 7-foot frame leaping over them to swat away shots — would very likely disagree that flaw exists.

Brought in by the Warriors as a backup to Zaza Pachulia, McGee was not signed until Sept. 15, and his roster spot was initially little more than a footnote. To that point, he was an injury-prone eight-year veteran known for, in order, a persistent feud with Shaquille O’Neal about his frequent blooper-reel performances on TNT’s “Shaqtin’ a Fool,” his outspoken mother (Pamela…