You Are Here: Home → Keeping Score: How Much Will Isaiah Thomas Improve the Cavaliers? Keeping Score: How Much Will Isaiah Thomas Improve the Cavaliers? 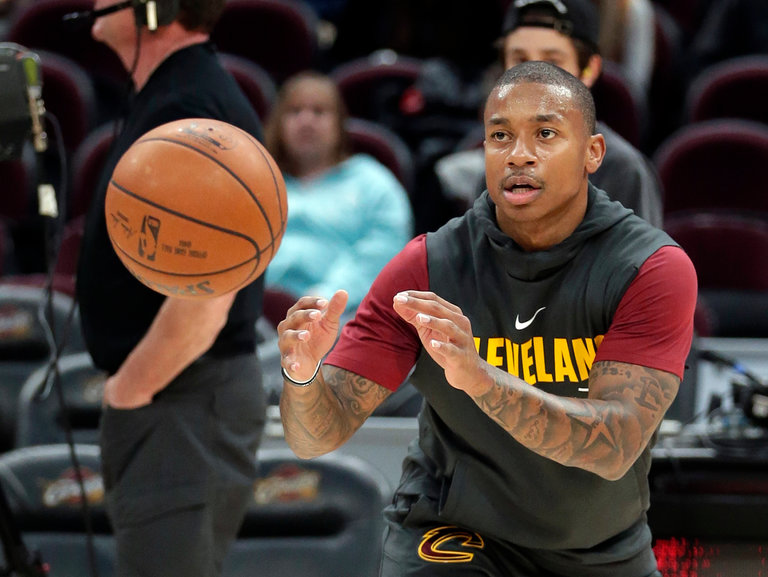 Isaiah Thomas has missed the first 36 games of the season for the Cleveland Cavaliers following an offseason trade from the Boston Celtics.

The Cleveland Cavaliers have tried to take their divorce from Kyrie Irving in stride, and have stayed near the top of the standings without their longtime point guard. The team has had its share of hiccups but will finally get a chance to move on when Isaiah Thomas, the guard who headlined the trade for Irving this off-season, makes his season debut this week in Cleveland.

Thomas, who has endured a lengthy rehabilitation from a hip injury that nearly scuttled the blockbuster trade with the Boston Celtics, participated in a full-court scrimmage on Friday against his teammates and will play against the Portland Trail Blazers on Tuesday, Cleveland Coach Tyronn Lue said on Monday. Thomas will not, however, face his former teammates in Boston on Wednesday, as it will be a while before he is allowed to participate in back-to-back games.

A frequent user of social media, Thomas had been hinting heavily that…