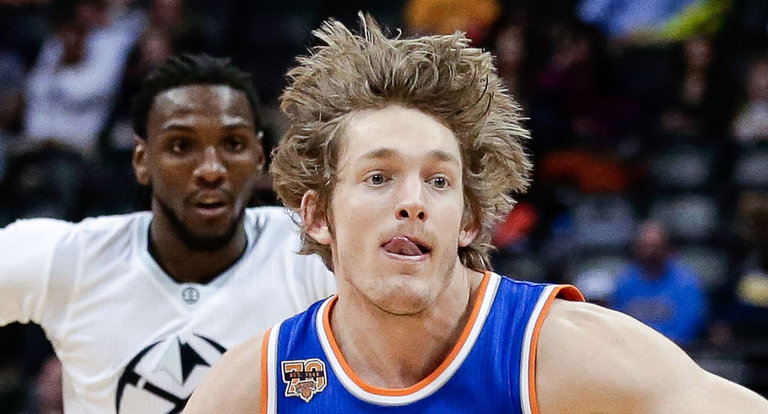 In the 24 minutes Ron Baker was on the court over two games, the Knicks outscored their opponents by 30 points.

It was with some degree of desperation that the Knicks turned to Ron Baker over the weekend when all looked bleak. Faced with double-digit deficits heading into the fourth quarters of games in Milwaukee and Indiana, Coach Jeff Hornacek plugged Baker, a third-string point guard, into the lineup and watched the Knicks suddenly come alive.

Over a total of 24 minutes in those games, all in the fourth quarter, Baker had a point differential of plus-30 during his time on the court.

The effect of Baker underscores a fundamental problem for these Knicks, who are 17-20, huddled with seven other teams in the middle of the Eastern Conference. As of Sunday afternoon, they were all within four and a half games of one another for the final five playoff spots.

The Knicks have several notable deficiencies: a minus-3.1 point differential for the season, and a defense that, despite much tinkering, still allows 108.8 points per…