You Are Here: Home → Keeping Score: Scramble for Postseason May Be Less Chaotic Than It Appears Keeping Score: Scramble for Postseason May Be Less Chaotic Than It Appears 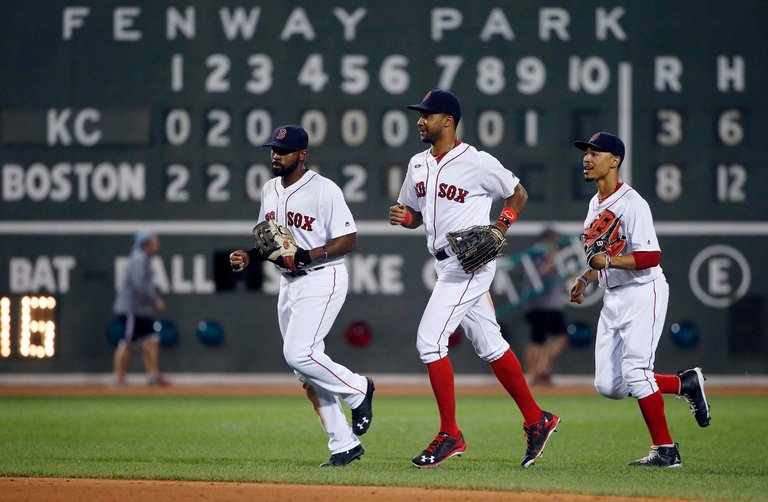 From left, Jackie Bradley Jr., Chris Young and Mookie Betts of the Red Sox, who have played better than their record indicates and have a strong shot at the playoffs.

Over the last few years, as fans have adjusted to Major League Baseball’s expanded playoff format, a theme has emerged: There is almost always hope. The days of just a few teams contending for the pennant and everyone else planning for next year have become a thing of the past.

Sure enough, as baseball was wrapping up the final weekend of August, 18 of 30 teams were within three games of a playoff spot entering Sunday’s games. Sorting out the races in the two leagues reveals that not all playoff chances are created equal.

There were 10 teams within three games of a playoff spot in the American League entering Sunday. The list includes a team that has played far better than its record indicates (the Boston Red Sox), one that has played far worse (the Texas Rangers) and even one (the Yankees) that seemed to wave a white flag at the trading deadline…