You Are Here: Home → Kevin Durant Pulls Warriors Closer to Another N.B.A. Title “That was incredible what he did out there tonight,” Warriors Coach Steve Kerr said of Durant. “Some of those shots, I don’t think anybody in the world can hit those but him.”

James did all he could for the Cavaliers, collecting 33 points, 11 assists and 10 rebounds. As far as solo acts go in the N.B.A. finals, the world is witnessing one of the more extraordinary examples. In Game 3, James actually got significant help from his teammates for a change — help that seemed even more necessary after he twisted his right ankle in the second quarter.

Kevin Love finished with 20 points and 13 rebounds, and Rodney Hood scored 15 points off the bench. 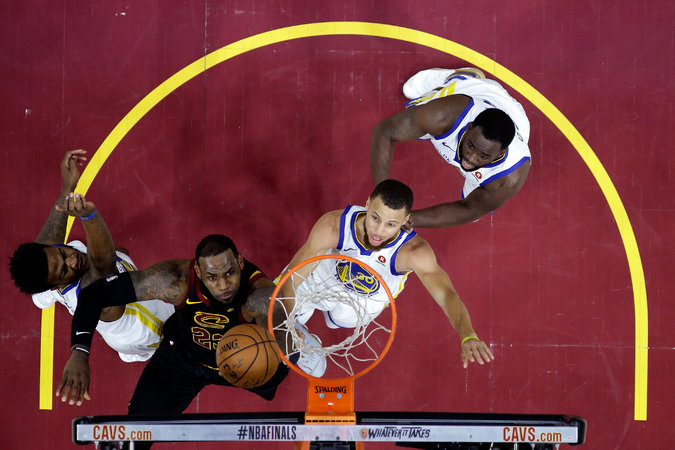 LeBron James and Stephen Curry battling under the basket in the second half.

But still, it did not really matter — not against the Warriors.

Golden State had an additional benefit in the…