You Are Here: Home → Kuznetsov scores twice, Capitals come back to top Oilers 5-2 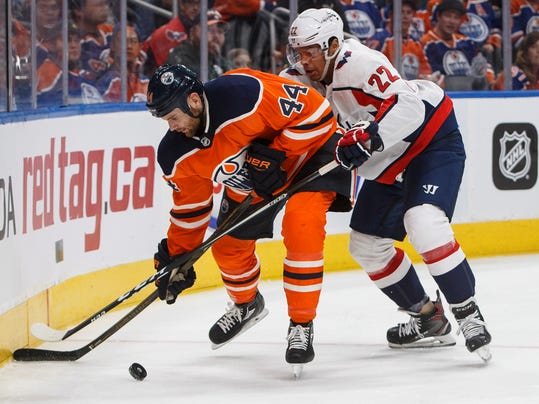 Evgeny Kuznetsov scored twice and Ovechkin added three assists as the Capitals roared back from two goals down to earn a 5-2 victory over the Edmonton Oilers.

“We knew we could bounce back,” Ovechkin said.

Devante Smith-Pelly, Lars Eller and Jay Beagle also scored for the Capitals, who had lost four of five. Braden Holtby made 38 saves.

“If we play like we did those last two periods, we’re going to win a lot more games than we lose,” Smith-Pelly said.

Patrick Maroon and Adam Larsson had the goals for the Oilers, who have lost three of four.

“There’s a lot of points that have gone by,” frustrated coach Todd McLellan said.

“You never get them back. They have the same value now as they do at the end of the year. It’s tough not only…