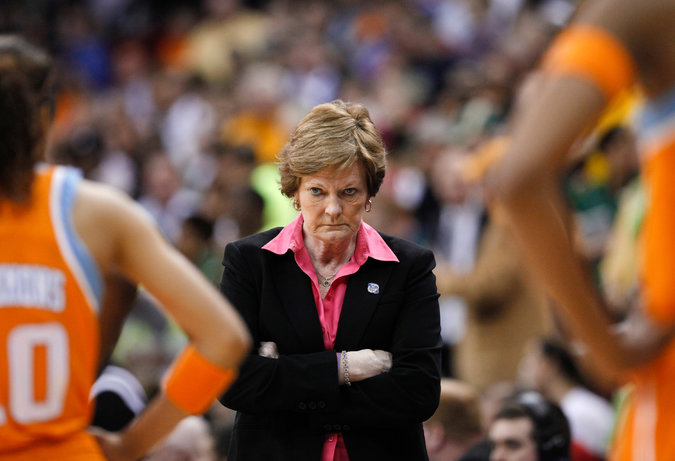 One of the longest streaks in women’s college basketball has ended.

For the first time in 31 years, Tennessee is not ranked among the top 25 teams in the Associated Press poll.

The Lady Vols (16-11) dropped out of the poll after 565 consecutive weeks, dating to Feb. 17, 1985, after two defeats in the past week. The latest loss was an excruciating 57-56 defeat on Sunday to struggling Louisiana State, whose coach, Nikki Fargas, played at Tennessee during a more successful era.

How impressive was Tennessee’s constant presence in the polls? According to The A.P., top-ranked and undefeated Connecticut has the longest active women’s streak, having been ranked for 428 consecutive weeks. The Huskies will need about seven additional seasons to match Tennessee’s mark of 565 weeks.

For many years, Tennessee was the standard-bearer…