In the first two and a half minutes of the new ESPN film about his life, Lance Armstrong tells a story that includes 13 F-bombs, two other curse words and four obscene hand gestures.

And then he really gets going.

► He talks about his teenage years, when he used a forged birth certificate to circumvent the minimum age requirements to enter triathlons.

“Forge the birth certificate, compete illegally and beat everybody,” he said of his formula.

► He talks about his “10,000 lies” – not in terms of regret, but as a best practice to protect his empire and conceal his doping in cycling. 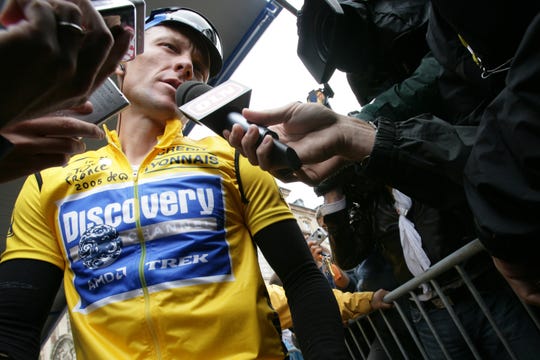 Lance Armstrong’s rise and fall as a sports icon is explored in a two-part documentary to be broadcast on ESPN. (Photo: Elizabeth Kreutz, ESPN)

► He also talks about grudges. He still has them, particularly against his