You Are Here: Home → Lance Stephenson Hopes to Guide Pacers Back to Playoffs Lance Stephenson Hopes to Guide Pacers Back to Playoffs 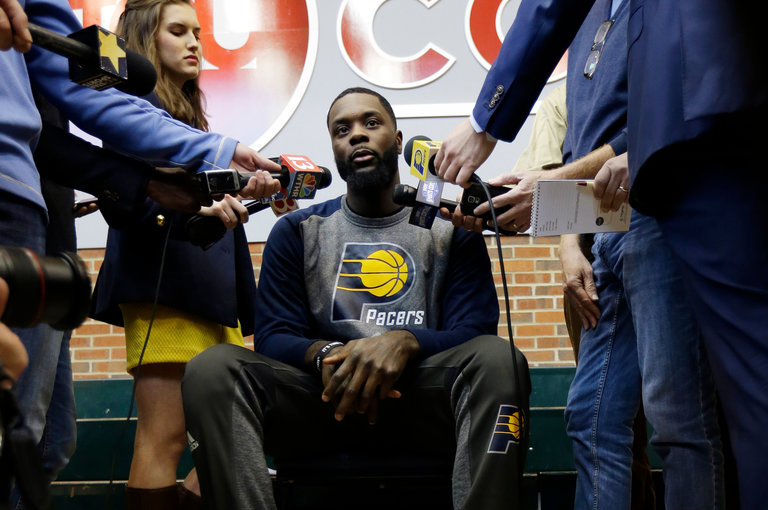 Lance Stephenson talking to reporters after signing a three-year contract with the Pacers.

INDIANAPOLIS — Lance Stephenson realized long ago that it was a mistake to leave the Indiana Pacers.

So when Larry Bird called with an offer to come back and jump-start his career, Stephenson, a tough 26-year-old guard who grew up in Brooklyn, shed tears of joy.

On Friday, about 24 hours after the Pacers made the signing official and Paul George welcomed him back with a text message, Stephenson returned to his stamping grounds, looking for ways to help the Pacers make yet another playoff run.

“I was in New York rehabbing,” Stephenson said. “I was like: ‘Man, I keep getting hurt. I guess I’ll worry about next year.’ When I got the call, I said: ‘Are you kidding? The Indiana Pacers? I’m going home.’”

Plenty has changed since Stephenson last wore an Indiana uniform in the 2014 Eastern Conference finals. George and Lavoy Allen are the only other players still around from that team. Stephenson’s familiar No. 1 jersey is now…