Foley, a graduate of the United States Military Academy, had hoped to call the team the Black Knights but encountered resistance, including some from West Point. 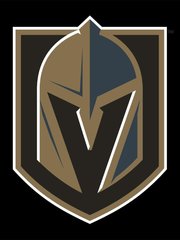 The Golden Knights shared an image of their logo on social media.

In an interview this month, Foley said he settled on a name by the end of August, and team representatives have been working with Adidas on a logo since mid-July. It was not ready until late October.

“Everyone has an opinion, I can tell you that,” Foley said. “I was trying to do consensus-building for a while; then I stopped.”

If people do not like the name, he added, “it’s going to be on me.”

Foley at least has some company in decision-making now. After the Las Vegas ownership group, which includes the Maloof family, the former owners of the Sacramento Kings, received permission from the N.H.L. to conduct a season-ticket drive in December 2014 to gauge interest, Foley worked with a small group of advisers and ticket representatives.

Now Foley has cleared out a floor in an office building in Summerlin, a suburb 15 miles from the Strip, for his…