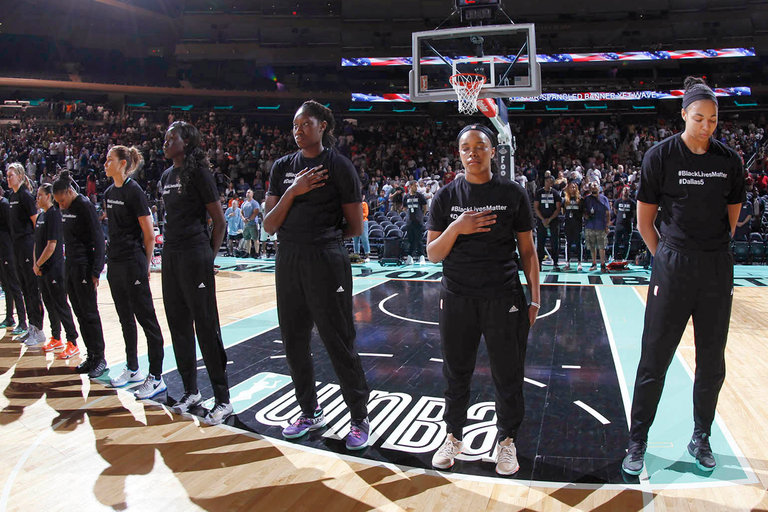 Members of the Liberty wore T-shirts addressing the recent shooting deaths of black men by the police before their game against the Stars on Sunday at Madison Square Garden.

Before their game against the San Antonio Stars on Sunday at Madison Square Garden, the Liberty players wore black T-shirts addressing the recent shooting deaths of black men by the police in Minneapolis and Baton Rouge, La., and the fatal shooting of five Dallas police officers. The shirts, which were printed without notice to the W.N.B.A., read: #BlackLivesMatter and #Dallas5. The back of the shirts had another hashtag followed by a blank space.

“We do need people to stand up and understand and express that black lives are just as important as any other lives in America, and right now that’s not being seen,” Liberty guard Tanisha Wright said.

The coordinated effort was a rare spontaneous public stance on a social issue for a team in the W.N.B.A., which is in its 20th season. The Minnesota Lynx also wore similar warm-up shirts before their game Saturday…