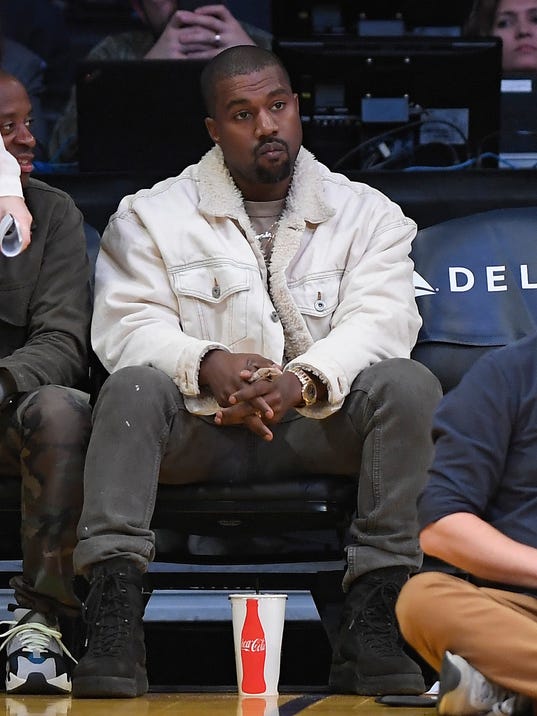 Kanye West watches during the first half of an NBA basketball game between the Los Angeles Lakers and the Memphis Grizzlies, Sunday, Nov. 5, 2017, in Los Angeles. (AP Photo/Mark J. Terrill)(Photo: The Associated Press)

LOS ANGELES (AP) — Luke Walton realizes the Los Angeles Lakers will have to climb a steep learning curve as long as they’re starting two rookies and a second-year pro who recently turned 20.

The exciting youngsters are learning how to survive the NBA’s perils from veterans Brook Lopez and Kentavious Caldwell-Pope, who led the way to another win for a rapidly evolving team.

Lopez scored 21 points, Brandon Ingram added 20 and the Lakers blew most of a 22-point lead before hanging on for their third victory in four games, 107-102 over the Memphis Grizzlies on Sunday night.

Rookie Kyle Kuzma had 13 points and 12 rebounds in his second career start as the Lakers beat Memphis at Staples Center for the fourth straight time despite the Grizzlies’ furious late rally. That’s all part of the plan for the Lakers, who improved to 5-5 with another resilient effort.