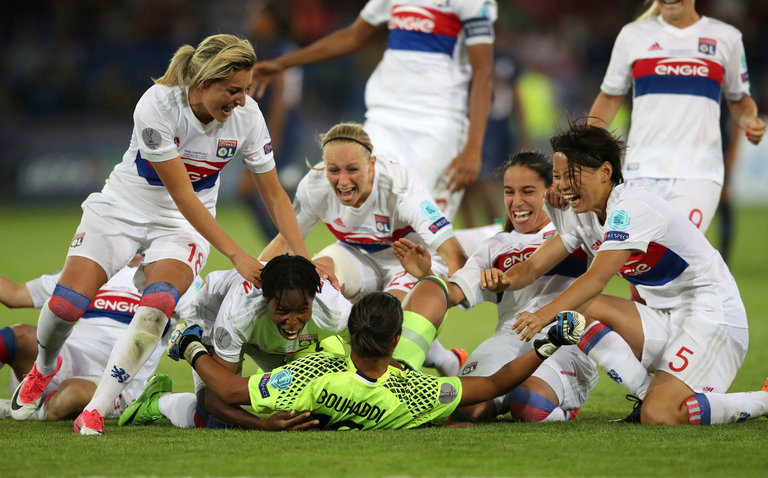 CARDIFF, Wales — Sarah Bouhaddi found herself an unusual but crucial role for Lyon in the Champions League final against Paris St.-Germain on Thursday: goal scorer, instead of shot stopper.

Bouhaddi, Lyon’s goalkeeper, scored in a penalty shootout victory over P.S.G. to clinch a fourth Champions League final for her club, tying the tournament record.

After the all-French European final ended 0-0 following extra time, Lyon and P.S.G. went back and forth on penalties, which extended into sudden death. With the shootout tied at 6-6, P.S.G. goalkeeper Katarzyna Kiedrzynek missed from the spot. Bouhaddi, who had already made one penalty save, stepped up for the next kick and made no mistake.

“Sarah is great with her feet,” Lyon Coach Gerard Precheur said. “I think she’s the best goalkeeper in the world anyway, but she’s outstanding with her feet. I asked her to take a penalty in a league match too, because I thought she could…