You Are Here: Home → M.L.B. All-Star Game: Here’s What Happened 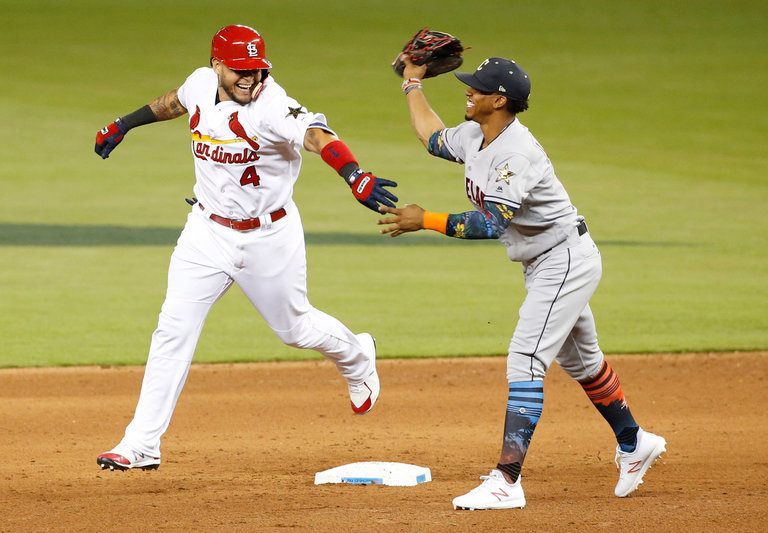 St. Louis’s Yadier Molina joked around with Cleveland’s Francisco Lindor after his solo home run in the sixth inning of the All-Star Game on Tuesday.

Baseball’s best gathered for the All-Star Game on Tuesday night at Marlins Park in Miami. Here’s what happened.

What was the score? 2-1 for the American League. It was its fifth win in a row.

Who was the M.V.P.? Robinson Cano of the Mariners, who hit a home run in the top of the 10th inning. It was the first extra-inning homer in the game since Tony Perez in 1967.

Who played well? Yadier Molina of the Cardinals hit a solo shot to give the National League its run.

Who didn’t play well? Wade Davis, the Cubs’ only All-Star, gave up the winning homer and took the loss. It’s just one game, but Aaron Judge of the Yankees was 0-3.

What was the most memorable incident? When he came out to bat in the sixth inning, Nelson Cruz of the Mariners asked the umpire Joe West for a photo. Catcher Molina obliged. Cruz then pocketed the cellphone and flew out.