You Are Here: Home → Mariners Acquire Dee Gordon, and Get a Better Shot at Ohtani Mariners Acquire Dee Gordon, and Get a Better Shot at Ohtani 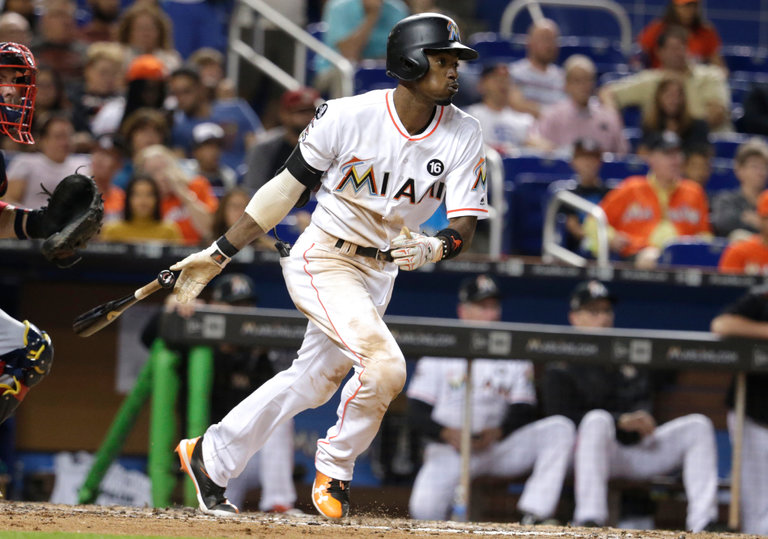 Dee Gordon led the National League in stolen bases in three of the last four seasons. After a trade to Seattle he will be expected to learn a new position.

Taking advantage of the Miami Marlins’ desire to shed salaries as quickly as possible, the Seattle Mariners on Thursday acquired Dee Gordon, a two-time All-Star, to take over in center field.

To sweeten the deal, in which the Mariners gave up three prospects, Miami threw in $1 million in international bonus pool money, which Seattle can use in its pursuit of Shohei Ohtani, the Japanese pitching and hitting sensation, who is in the process of picking a major league team to sign with.

The 29-year-old Gordon has been a middle infielder throughout his seven-year career, but is thought to have the speed and instincts necessary to thrive in the outfield despite his only experience there coming in a 13-game stint in the Dominican Winter League a few years ago.

On offense, Gordon, the son of the former major leaguer Tom Gordon, is more of a known quantity. He led the National League in…