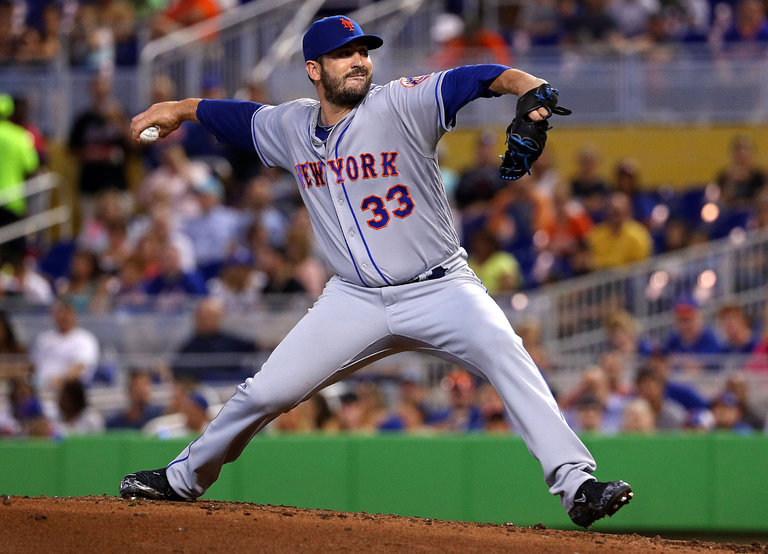 In seven innings against the Marlins, Matt Harvey allowed only one run.

MIAMI — It was a classic pitchers’ duel from start to finish on Sunday afternoon, and while Matt Harvey came out on the wrong end of a 1-0 score against the Miami Marlins’ Jose Fernandez, he still had a good deal to feel positive about.

Harvey matched the fiery Fernandez for seven solid innings in what was his second straight strong start in a season that, until now, had been full of struggles. He allowed just one earned run and four hits, with three strikeouts and no walks, almost duplicating the seven shutout innings he threw against the Chicago White Sox last Monday, on Memorial Day.

“It’s still two starts; and obviously, the massive struggles that happened before, the only thing you want to think of is not letting that kind of creep back in,” said Harvey, who is an unbecoming 4-8 on the season but no doubt in a better frame of mind than he was a week ago.

Or, as he put it to reporters after the game, “Feeling pretty good is definitely a positive.”