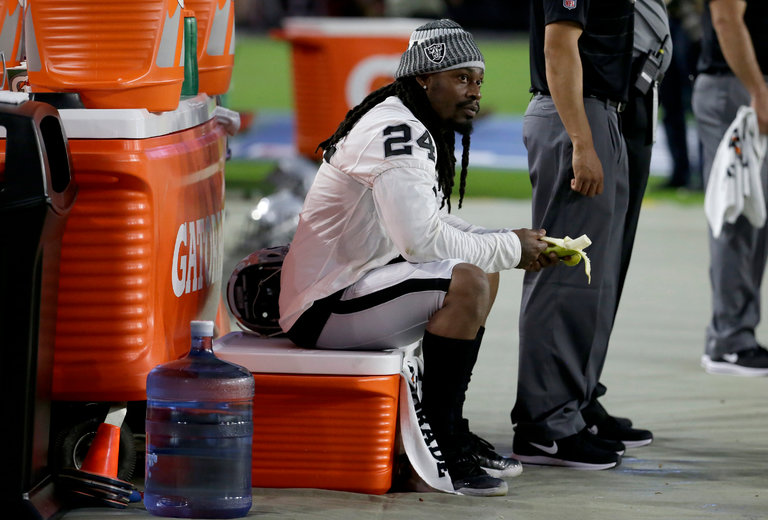 Oakland Raiders running back Marshawn Lynch sat during the national anthem on Saturday before a preseason game against the Arizona Cardinals.

GLENDALE, Ariz. (AP) — Marshawn Lynch made the biggest news of what otherwise was a routine preseason N.F.L. game by sitting during the national anthem before the Oakland Raiders’ 20-10 loss to the Arizona Cardinals on Saturday night.

Lynch, the ex-Seattle running back who came out of retirement this year to sign with his hometown Raiders, sat on an orange cooler with his arms resting on his knees, while others around him stood.

Although he rarely talks to the news media, Lynch has voiced support for quarterback Colin Kaepernick’s decision to kneel during the anthem last season to protest what he saw as a pattern of police mistreatment of minorities.

Lynch did not play in Saturday’s game, and he had left the locker room by the time reporters arrived.