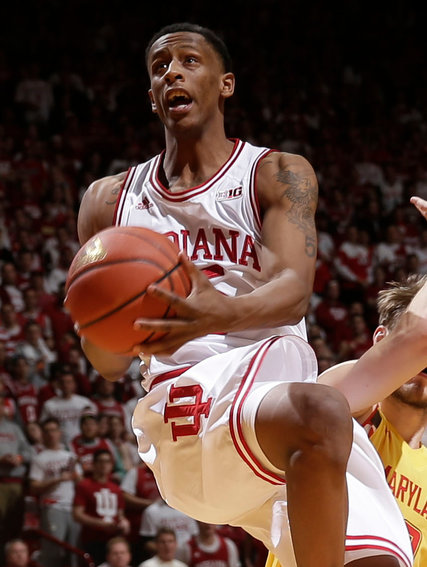 Kevin Ferrell had 17 points and 4 assists in his final home game, while Troy Williams matched his career high with 23 points, as No. 12 Indiana rolled over No. 14 Maryland, 80-62, on Sunday.

Melo Trimble scored 17 points and Robert Carter 14 for the Terrapins (24-7, 12-6), who head into the conference tournament with four losses in their past six games.

CINCINNATI 61, S.M.U. 54 Troy Caupain scored 14 points despite missing all of his shots from beyond the arc, and host Cincinnati (22-9, 12-6 American Athletic Conference) overcame poor shooting to beat No. 24 Southern Methodist, ending the Mustangs’ season. S.M.U. is banned from postseason play because of N.C.A.A. rules violations.