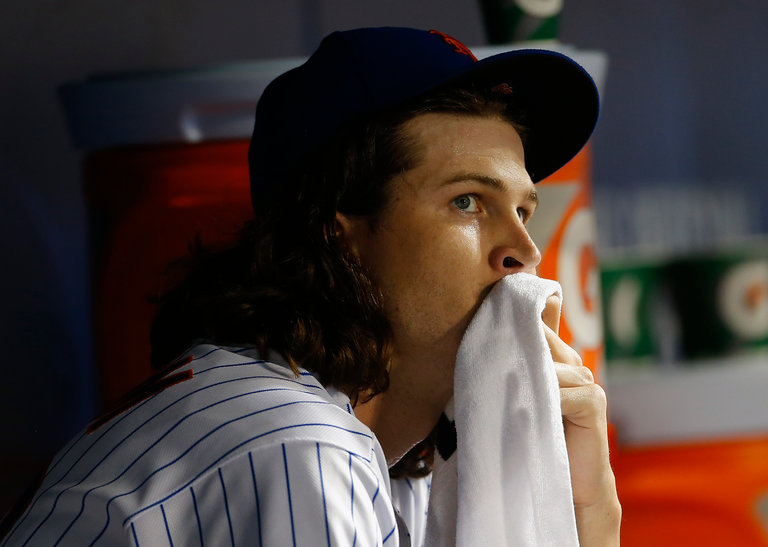 Jacob deGrom during his last start, on Sept. 1. He said Saturday that he would have to consult with his agents on whether to have surgery soon or to wait until after the postseason.

The Mets’ season, a tale that has included as many strange turns as a Stanley Kubrick film, revealed another twist Saturday.

The right-hander Jacob deGrom will most likely miss the remainder of the season because of built-up scar tissue pinching the ulnar nerve in his right elbow. DeGrom, who had Tommy John surgery in October 2010, will need another operation to remove the scar tissue.

Before the Mets’ 3-2 win over the Minnesota Twins in 12 innings on Saturday night at Citi Field, deGrom said that he wanted to consult with his agents and Mets officials before making a decision on when to have surgery but that he guessed that he was done pitching this season.

General Manager Sandy Alderson said the situation was not unusual for Tommy John patients, even as long afterward as it has been for deGrom. Alderson called the scar-tissue removal “not a significant…