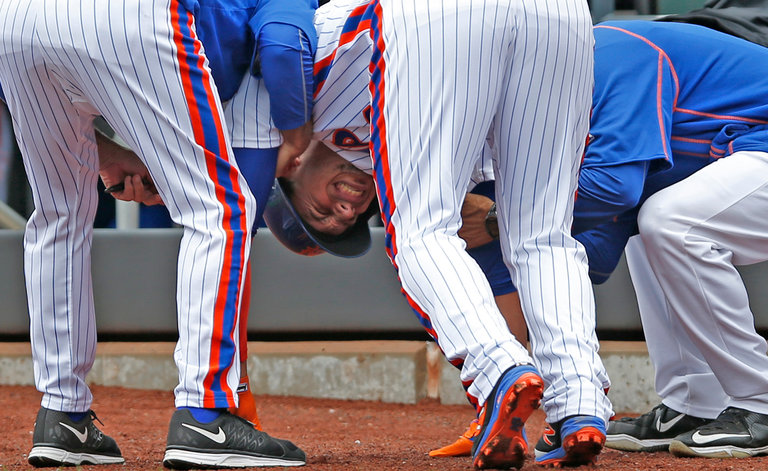 The Mets’ Asdrubal Cabrera doubled over in pain after rounding third base on a triple by Neil Walker against the Colorado Rockies on Sunday.

By the second inning of Sunday’s 6-4 victory over the Colorado Rockies, the Mets looked even less like themselves. Only two position players from their opening-day lineup — second baseman Neil Walker and outfielder Michael Conforto — were on the field.

Many had sustained injuries, including David Wright, Juan Lagares and Lucas Duda, and Asdrubal Cabrera joined their ranks early on Sunday when he had to be helped off the field because of a knee injury.

With the nonwaiver trading deadline set for 4 p.m. Eastern on Monday, the Mets faced a crossroads.

The front office has been reluctant to part with top prospects the way it did last season, when the team used its farm system to complete trades that fueled a run to the World Series, and the Mets have recently lost ground in the playoff race. But the Mets are also 54-50…