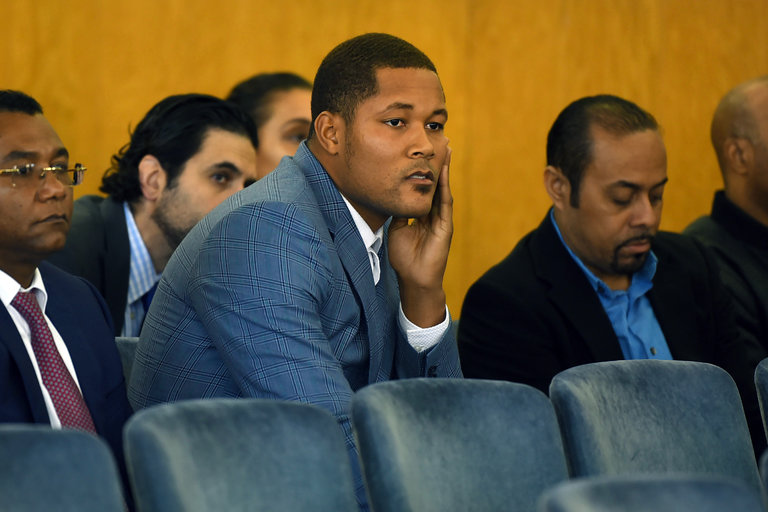 Dressed in a light blue suit and occasionally speaking through an interpreter, Jeurys Familia, the Mets’ top relief pitcher, made his first court appearance Thursday in connection with a domestic violence incident last month in which he was charged with scratching the chest and bruising the right cheek of his wife.

At the hearing, held at the Fort Lee, N.J., municipal courthouse, Familia pleaded not guilty to a disorderly persons charge. Judge John Desheplo lifted a court order that directed Familia not to have any contact with his wife, Bianca Rivas, who was also present at the hearing.

When the hearing concluded, Familia and Rivas embraced and walked out of the courthouse together before driving away in the same car.

Asked if Rivas wished to drop the charge, her lawyer, Cathy Fleming, answered, “She’s dropping it,” and then declined further comment.