You Are Here: Home → Mets’ Mix-and-Match Outfield Has Jay Bruce in Right to Start 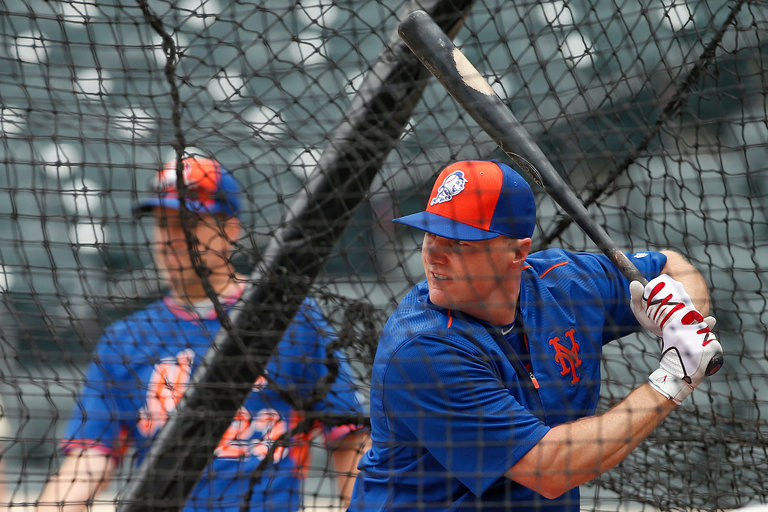 Jay Bruce, who was acquired by the Mets because of his batting prowess, will start in right field.

Two giant red Cincinnati Reds duffel bags sat in Jay Bruce’s locker in the far corner of the Mets’ clubhouse. Bruce, a slugging outfielder, had landed in New York on Tuesday morning and headed straight to Citi Field to begin his new life without checking in to his hotel.

“There’s an instant recharge of the battery getting into a pennant race and playing baseball that matters,” said Bruce, dressed in the Mets’ blue and orange as he met local reporters for the first time.

When the Mets completed the trade for Bruce on Monday, team officials acknowledged they prioritized offense over defense because of a struggling lineup. They wanted Bruce for his powerful bat — he has 25 home runs and 80 R.B.I. this season — but acknowledged that he was not a seamless fit in their outfield.

In Tuesday’s 7-1 victory over the Yankees, Bruce hit third, going 0 for 4, and started in right field, where he was expected to mostly play. Alejandro De…