You Are Here: Home → Mike Conley Rewards Grizzlies’ Faith With a Career Season 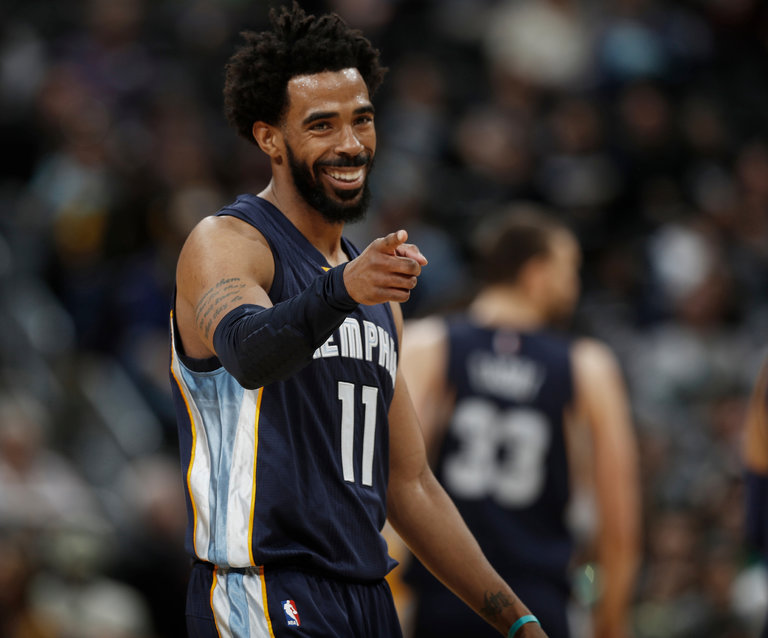 Mike Conley, in the first year of a five-year contract, has scored 20.6 points a game, 7 higher than his career average through last season. “He’s one of the top five point guards in the league,” his teammate Tony Allen said.

MEMPHIS — Mike Conley found the perfect way to answer all the questions about the Memphis Grizzlies’ decision last summer to give an injury-prone point guard with no All-Star Game appearances a five-year, $153 million contract: He had the best season of his career.

“I knew people would be waiting for me to fail and saying their opinion was right,” Conley said. “I knew that was out there, but at the same time, I was only worried about the good that has come out of it.”

Conley, who is 6 feet 1 inch and 175 pounds, usually goes unmentioned when the discussion turns to the N.B.A.’s best players. With Conley’s history of injuries to his ankles, his Achilles’ tendon and, during the 2015 playoffs, his face, the contract just seemed, to anyone outside Memphis, way too costly, even if Conley had…