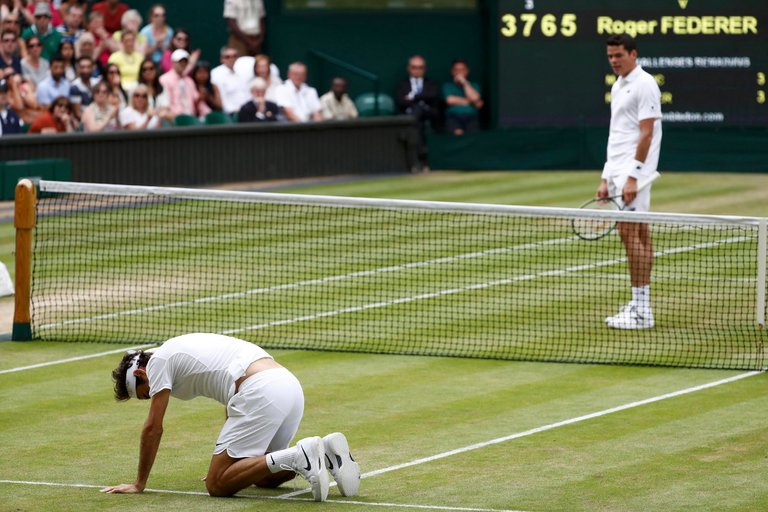 The loss by Roger Federer, left, to Milos Raonic was his first in 11 Wimbledon semifinal appearances.

He will face Andy Murray or Tomas Berdych in Sunday’s final at the All England Club.

Federer, the No. 3 seed, had won all 10 of his previous semifinals at Wimbledon, a tournament he has won seven times.

For Raonic, a 25-year-old Canadian seeded sixth, the victory was a culmination of lessons learned in previous shortcomings on a Grand Slam stage. He lost to Federer in the semifinals here two years ago and to Murray in a five-set semifinal at the Australian Open this year.

“I know what I need to do on court better,” Raonic said Wednesday. “I know how to sort of turn things around to get them on my terms. I know what I’m looking for. I know how to go about it, to try to get to that position as much as I can. And then when things aren’t going well, I know what things to look…