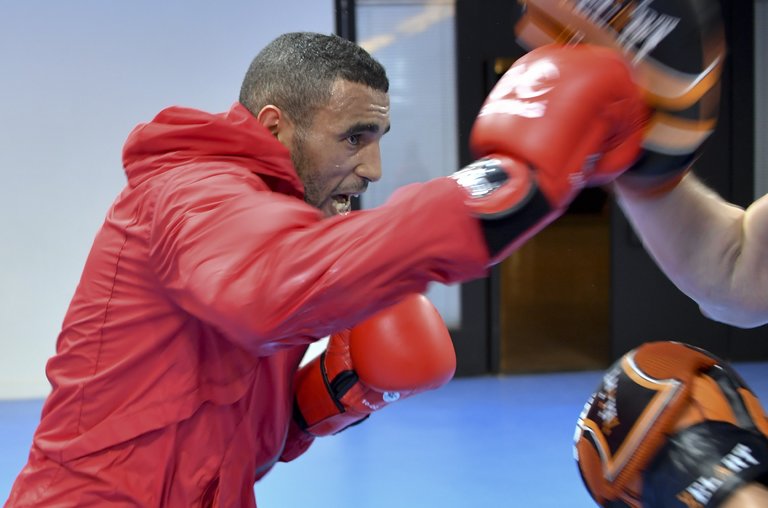 Saada Hassan of Morocco trained with his coach in Rio de Janeiro on Monday.

RIO DE JANEIRO — The Brazilian police arrested the Moroccan Olympic boxer Hassan Saada on Friday morning on charges of sexually assaulting two workers at the Olympic Village. He is to be held for 15 days, according to a court statement, making it likely that he will miss his fight scheduled for Saturday.

The arrest was made after an order on Thursday by Judge Larissa Nunes Saly of a special Rio de Janeiro state court created in 2013 for large events, especially sporting ones like the Confederations Cup and the 2014 World Cup. The court will have seven outposts during the Summer Games.

The alleged attack took place on Wednesday, according to a police statement. The purported victims are two Brazilian women who work in Morocco’s wing of the Olympic Village. They said that Saada initially asked to take a photograph with them. He then tried to kiss them, using force.

Saada, a light heavyweight, was to box Saturday against Mehmet Nadir Unal of…