You Are Here: Home → N.B.A. Dunk Contest Goes to Donovan Mitchell, and His Homage to Vince Carter 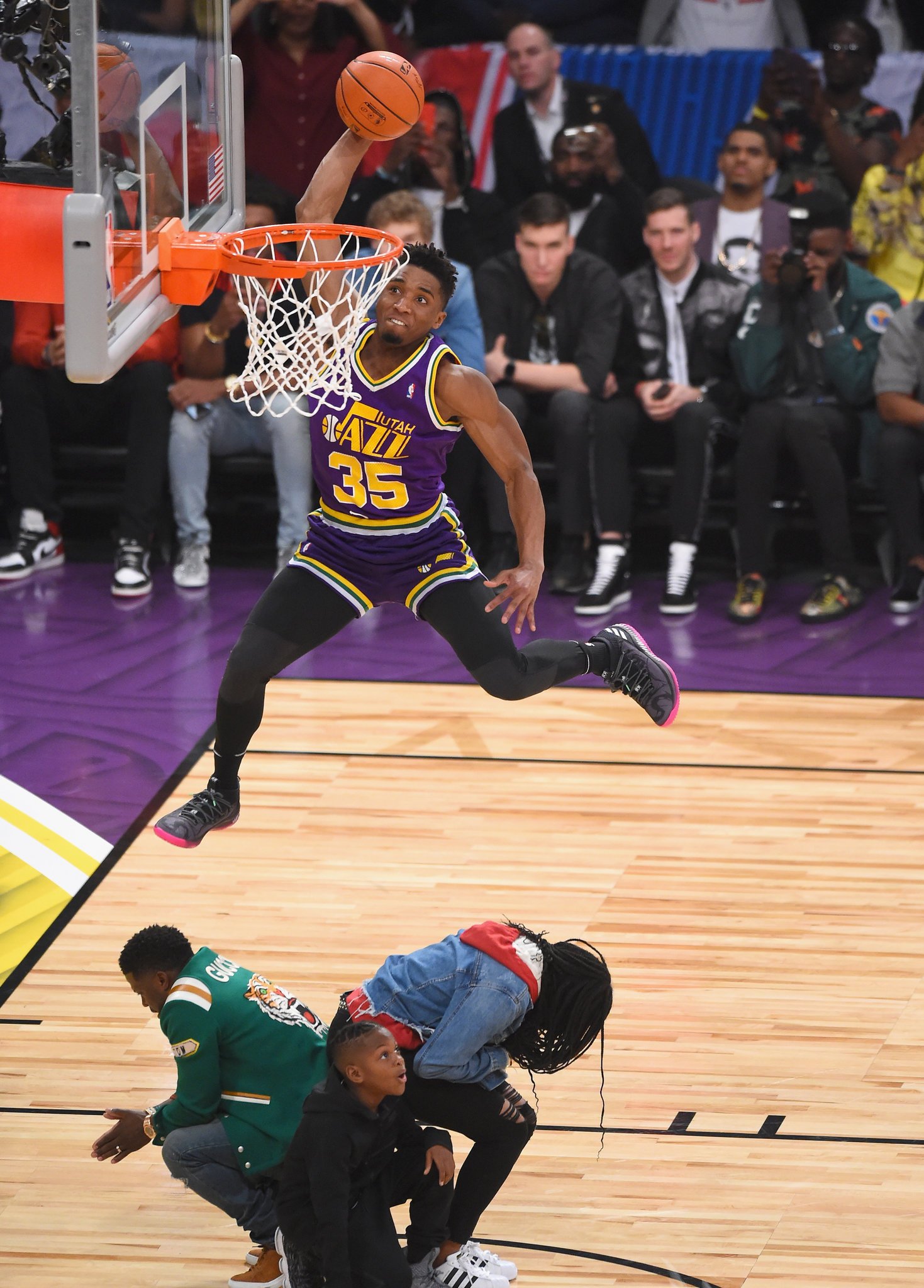 N.B.A. Dunk Contest Goes to Donovan Mitchell, and His Homage to Vince Carter

“I wanted this so badly,” Mitchell said. “This is one of my favorite events of All-Star weekend. To not only be in it, but to win it, it’s crazy.”

Before making his winning dunk, Mitchell peeled off his Jazz jersey to reveal a vintage Carter jersey from the Toronto Raptors.

Mitchell — three inches shorter than the 6-foot-6 Carter — needed a score of 47 on that dunk to beat Nance, and he got a 48 from the five judges: DJ Khaled, Mark Wahlberg, Chris Rock and the Hall of Famers Julius Erving and Lisa Leslie. 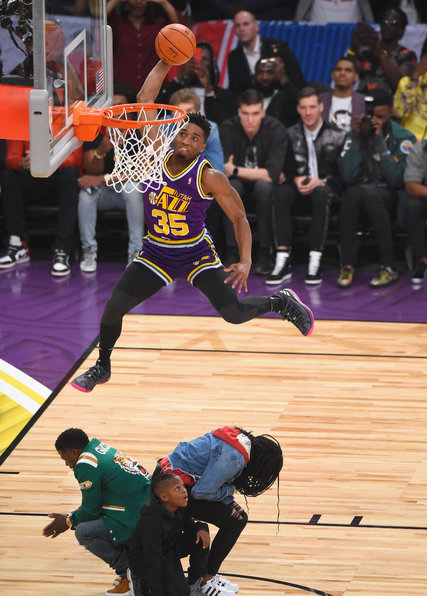 Donovan Mitchell scored a perfect 50 on this dunk, which involved jumping over a huddle of his sister, Jordan, the comedian Kevin Hart and Hart’s son.

Minutes earlier, Nance, who was trying to win the contest 34 years after his father won it, had earned a perfect 50 with a slam off a double alley-oop off the glass.

“Growing up, I was a big dunker,” Mitchell said. “I wasn’t much of a basketball player. I just dunked and played defense, and I watched a lot of Vince’s videos. I’ve been seeing what he’s been…