You Are Here: Home → N.B.A. Game of the Week: Warriors at Thunder N.B.A. Game of the Week: Warriors at Thunder 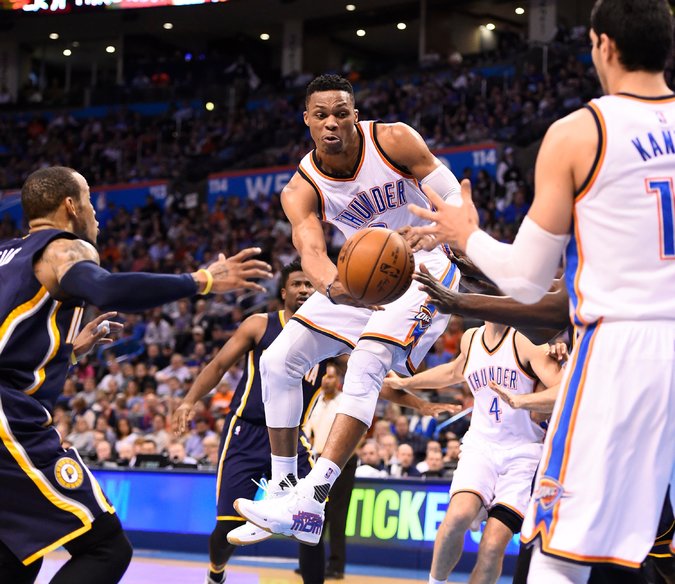 The Thunder’s Russell Westbrook passing the ball against the Indiana Pacers on Feb. 19.

Every week, The New York Times chooses one essential game to watch, highlighting hot teams, winning and losing streaks and statistical intrigue in the N.B.A.

The N.B.A.’s trade deadline came and went on Feb. 18 without leaving much of a dent on the league. Big names that were said to have been on the trading block — Dwight Howard, Pau Gasol, Kevin Love — stayed attached to the same colors. When nothing big happens at the deadline, it is a sign that there will be no significant challenge to teams that have dominated opponents and monopolized attention all season.

That returns us to the Golden State Warriors, a team whose most important competition in the regular season is a Chicago Bulls squad that has not played for 20 years. The 1995-96 Bulls went 72-10,…