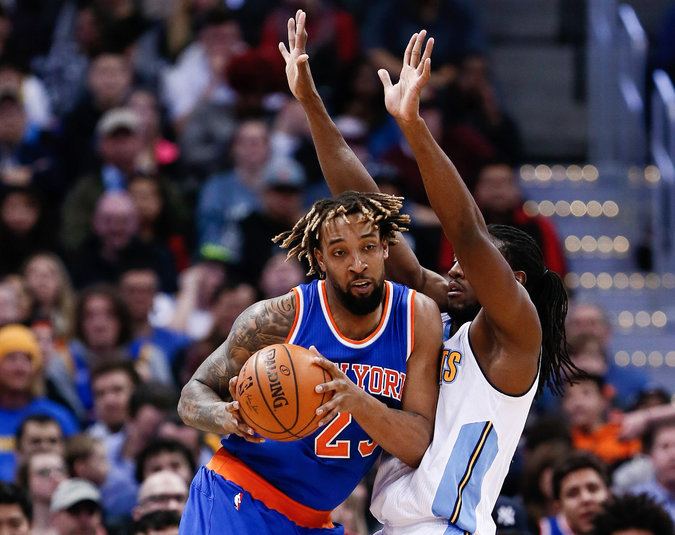 The Knicks’ Derrick Williams driving on the Nuggets’ Kenneth Faried in the second quarter. Faried led the Nuggets with 24 points and 10 rebounds.

Kenneth Faried had 24 points and 10 rebounds Tuesday night as the Denver Nuggets beat the visiting Knicks, 110-94. The victory was the Nuggets’ eighth straight against the Knicks at Pepsi Center.

The Knicks’ Carmelo Anthony finished with 30 points against his former team. He is now 0-3 when playing at his old home since being traded to the Knicks in February 2011.

Kristaps Porzingis was limited to 6 points in his return after missing a game with a bruised left leg. The Knicks were dealt a blow before the game when forward Lance Thomas hurt his left knee in warm-ups.

Center Nikola Jokic scored 8 of his 20 points in the fourth quarter for the Nuggets, who had six players score in double figures.

The Knicks cut the deficit to 89-82 with 6 minutes 42 seconds left on a layup by Porzingis. But the…