You Are Here: Home → Naomi Osaka on her way up with first pro tennis title Naomi Osaka on her way up with first pro tennis title 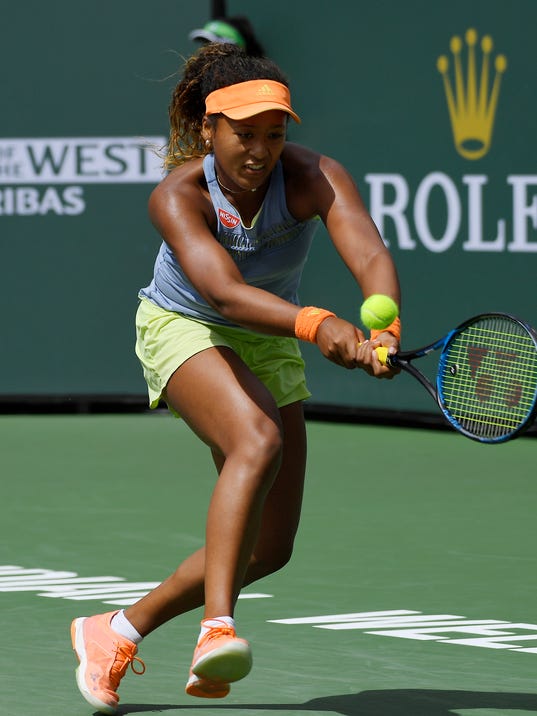 INDIAN WELLS, Calif. (AP) — Naomi Osaka had just won the first title of her career and was waiting to be introduced for her post-match comments.

The 20-year-old from Japan had prepared, knowing what she was going to say and in what order.

But then her name was called.

“I freaked out,” she said. “I just started saying whatever came into my mind first, which is why I think I kept stopping halfway through my sentences, because I just remembered something else I had to say. That was pretty embarrassing.”

The crowd of 18,347 at the Indian Wells Tennis Garden on Sunday seemed to sense Osaka’s nervousness, something she worked hard to hide during a 6-3, 6-2 victory over Daria Kasatkina of Russia in the BNP Paribas Open final.

“I was extremely stressed and extremely nervous,” Osaka said. “But my plan was to, like, fake that I’m very calm.”

As hesitant as she was behind…