You Are Here: Home → Navy Secretary Ray Mabus Knows a Thing or 30 About First Pitches 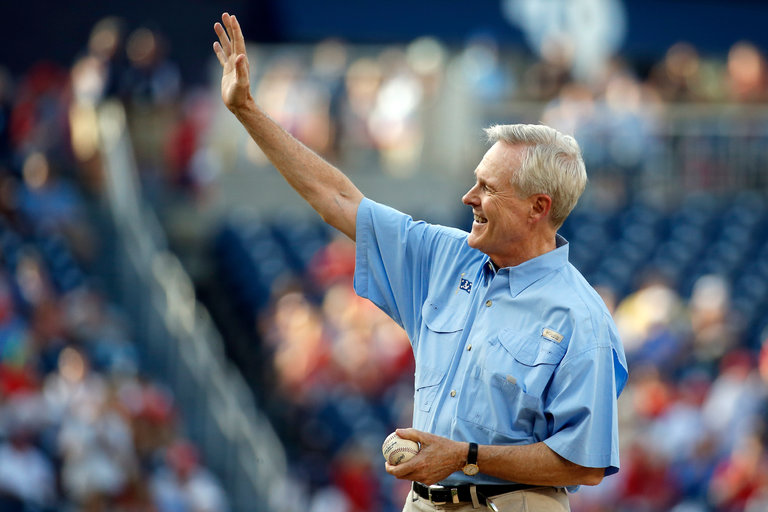 Ray Mabus, Secretary of the Navy, threw the first pitch before a game between the Nationals and the Cubs at Nationals Park last month.

Ray Mabus, the secretary of the Navy since 2009, began throwing out first pitches to bring attention to the Navy and the Marine Corps. Now he is believed to be the only person to have thrown one at all 30 major league ballparks.

Mr. Mabus has long had an interest in baseball. The governor of Mississippi from 1988 to 1992 and later the United States ambassador to Saudi Arabia, he grew up rooting for the St. Louis Cardinals and played first base in high school.

How did you start throwing out first pitches?

I was in St. Louis for the dedication of the U.S.S. Missouri, and the Cardinals said, “Come over and name it at the game and throw out the first pitch.” So I went out there on the field, and 45,000 people stood up and cheered. We thought, ‘This is a good way to put a face on the Navy and connect with the American people,’ so I started doing it when I dedicated a ship or submarine, or when there…