He added, “And to take it to the next level, we need a new form of leadership.”

Cordeiro’s platform includes a call for increased transparency within U.S. Soccer and a separation between the federation’s financial and soccer responsibilities. He also pledged to follow through on the push to host the 2026 World Cup in the United States and begin a new one to win the rights to the 2027 Women’s World Cup.

He is merely the latest — but perhaps the best connected — candidate to enter the race, joining a field that includes Steven H. Gans, a Boston lawyer who was the first to announce a challenge to Gulati, and Eric Wynalda, the Fox Sports analyst and former national team striker. And while those are perhaps the outsiders that Cordeiro referred to when he mentioned people who want a revolution at U.S. Soccer, Cordeiro himself is best described as the consummate insider. 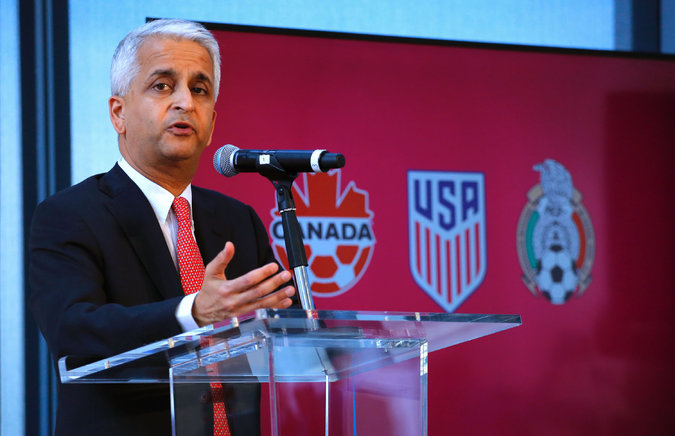 Sunil Gulati, the president of U.S. Soccer, has not said if he will run for a fourth term.

Cordeiro has been a member of the federation’s…