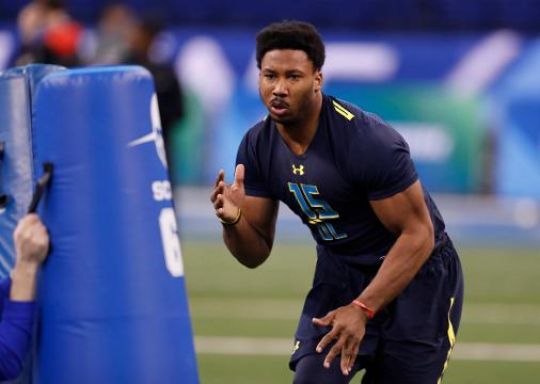 As the NFL draft nears, USA TODAY Sports will release its positional rankings with one post every weekday. Next up, a breakdown of the edge rusher (defensive end and 3-4 outside linebacker) class …

Garrett is widely considered to be the best overall player in this draft and is the front-runner to be the No. 1 overall pick by the Cleveland Browns. Garrett left Texas A&M after his junior year, but was highly accomplished in his three years in College Station: 31 sacks, 47 tackles for a loss and seven forced fumbles. He’s already got the size that NFL evaluators love and he should be able to start right away as an edge rusher in either a 4-3 (with his hand in the ground) or a 3-4 (standup linebacker) immediately. But what might be most attractive to NFL teams is how polished Garrett already is as a rusher. He…