Jim Brown let Garrett know he would be drafted by the Cleveland Browns.
USA TODAY Sports 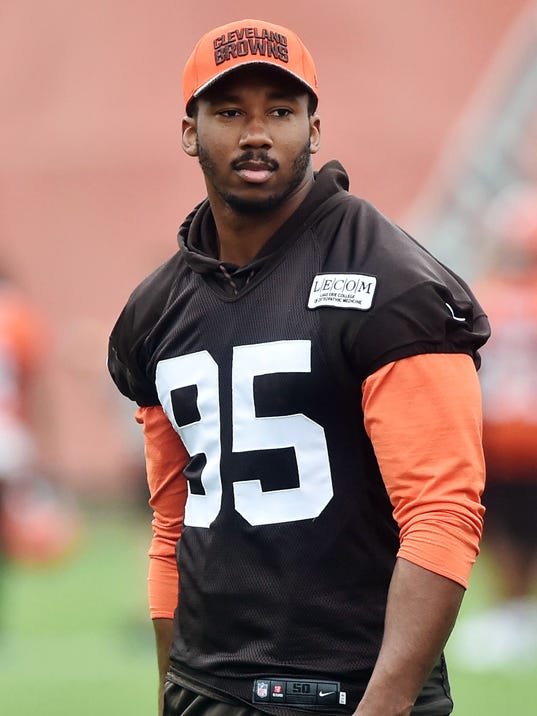 The Cleveland Browns thought they had dodged a bullet when rookie defensive end Myles Garrett’s injured foot turned out to be a sprain, after fearing the worst when it happened.

On his Twitter account Friday, Garrett responded to a question about how his foot was feeling with a video of him working out.

Garrett, the No. 1 pick in April’s NFL draft, was injured while rushing quarterback Brock Osweiler during a two-minute drill during a Browns OTA. Garrett’s reaction — he put his hands to his head, grabbed his foot in pain — as well as his frustration while being seen by a trainer seemed to indicate a serious injury.

However, the Browns said Dr. Robert Anderson, a foot and ankle specialist with OrthoCarolina, agreed with a preliminary diagnosis by team physician Dr. James…