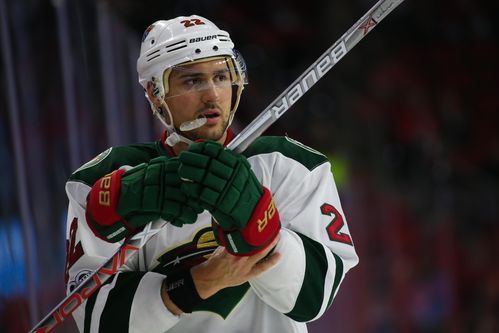 ST. PAUL (AP) — The Minnesota Wild have agreed to terms with right wing Nino Niederreiter on a five-year, $26.25 million contract.

The Wild announced Sunday their deal with the restricted free agent, who established career highs last season with 25 goals, 32 assists and a plus-17 rating among several other categories. The 24-year-old Swiss star was one of four players to appear in every game for the Wild last season.

Niederreiter will make $4.6 million this season. The annual average value of the contract is $5.25 million for salary cap purposes.

With a big body in front of the net and a sharp shot, Niederreiter has thrived in Minnesota since being acquired four years ago in a trade with the New York Islanders for Cal Clutterbuck and a third-round draft pick.