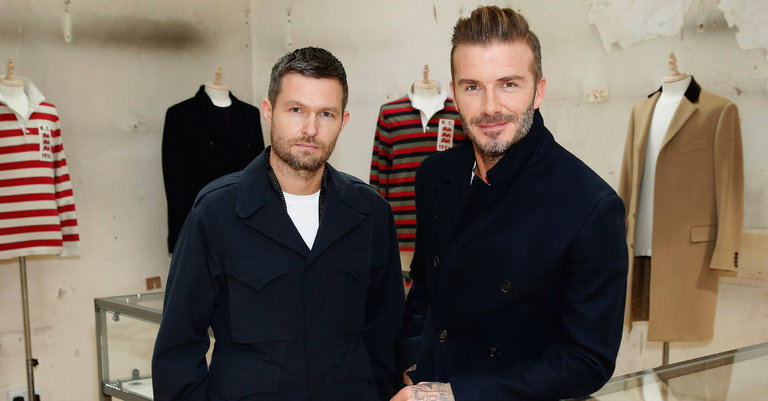 Daniel Kearns, left, and David Beckham at their London store.

LONDON — David Beckham strode into the Kent & Curwen showroom here, just one block from the men’s wear mecca of Jermyn Street. He smiled amiably at the small gathering of fashion reporters; posed for a picture with Suzy Menkes, the Vogue International editor, who would soon post on Instagram, and briefly rubbed his close-cropped beard before announcing that he wanted to make one thing perfectly clear.

“I am definitely not the designer,” he said, looking in the direction of Daniel Kearns, who stood to the side, basking slightly sheepishly in the soccer superstar’s glow. “I wish that I had the time that Daniel has, and that my wife has, even though she tells me every day that she doesn’t have much time. But I don’t.”

With that, Mr. Kearns, an Irish designer who had previously worked at Alexander McQueen, Yves Saint Laurent, Louis Vuitton and Façonnable before being hired a year ago by Mr. Beckham and his new business partners to revitalize the venerable British fashion house, talked about how he planned to update the many staples — like…