Olympic officials will announce their decision on Dec. 5. If they do not bar Russia completely from the coming Winter Olympics in Pyeongchang, South Korea, they are likely to keep all Russian emblems out of the Games: The Russian flag would not fly at the opening and closing ceremony, Russian athletes would compete in neutral uniforms and the Russian anthem would not be played. Such restrictions, Russian officials have said, would be tantamount to an outright ban, and Russia would consider boycotting the 2018 Olympics. 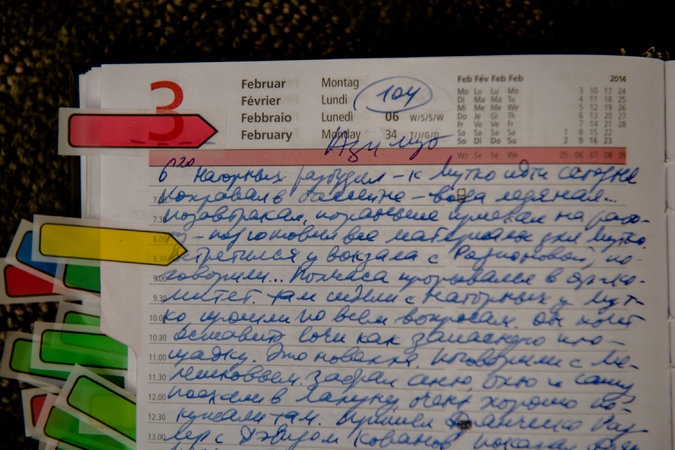 “6:20 a.m. Nagornykh woke me up — we have to see Mutko today. I swam in the pool — the water is ice-cold…I had breakfast, came to work early — got all the materials ready for Mutko,” Rodchenkov wrote on Feb. 3.

Later that day, he wrote, he met with the sports minister, Vitaly Mutko, and his deputy in Mutko’s office in Sochi. “We went over all the issues. He wants to preserve Sochi as a backup facility.
That’s news to me,” Rodchenkov wrote, going on to detail conversations he had with international chemists, and the bottle of Glenmorangie whiskey one British chemist, David Cowan, gave him.